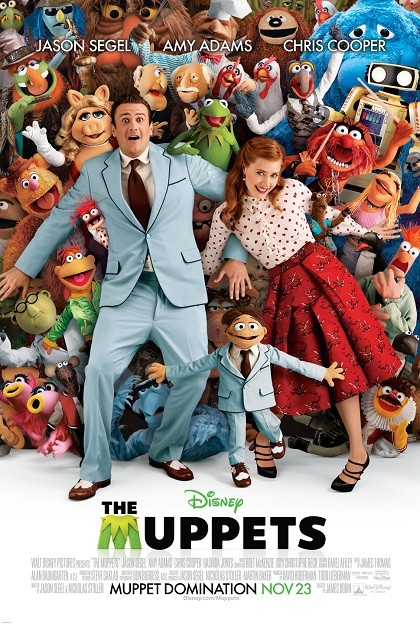 Remember the Muppets? Everyone loves the muppets. But, Gary (Jason Segel) and his brother Walter are their biggest fans. Walter especially loves them. He’s got all the tv shows recorded on VHS tapes where he watches them every night.

Gary and his girlfriend, Mary (Amy Adams) of 10 years are going out to Los Angeles to celebrate their 10 year anniversary. They invite Walter along so he can see Muppet Studios in Hollywood. Unfortunately, the place is run down and falling apart. When exploring the studios, Walter overhears that if 10 million dollars isn’t paid in a week, then Tex Richman (Chris Cooper) will own the Muppet Studios. Walter, Gary & Mary decide to seek out Kermit in order to re-unite the muppets to save the studios. So, the travel around the world to find the muppets. From Fozzie bear working at a sketchy Reno nightclub to Gonzo working as a successful owner of a plumbing supply business. All the characters are there, even ones we haven’t seen since the Muppet Show tv show. 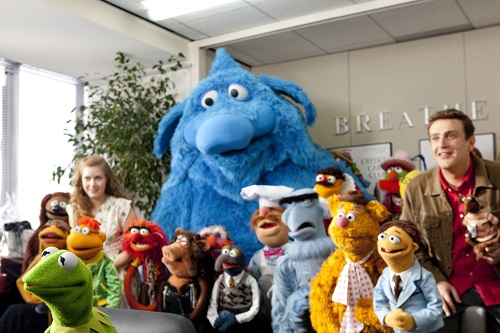 The Muppets was a great movie! I loved it. Of course, I’m a huge fan of the muppets already. But, It was nice to see the gang back together on an adventure. Lots of goofy music numbers and gags that you can only expect from the Muppets. This is a must see for kids & adults, especially those who love the muppets. 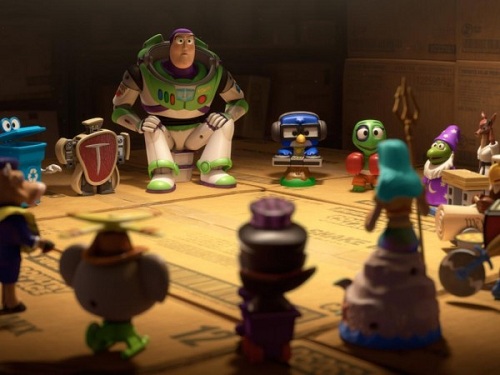 The Toy Story short, “Small Fry”, that plays before the Muppets is one of the funniest shorts I’ve ever seen. You see Buzz Lightyear get trapped at a fast food joint. On his way out, he ends up running into a support group for discarded fast food toys. Each toy is more ridiculous than the next. Loved it. It’s an added bonus to the Muppets.