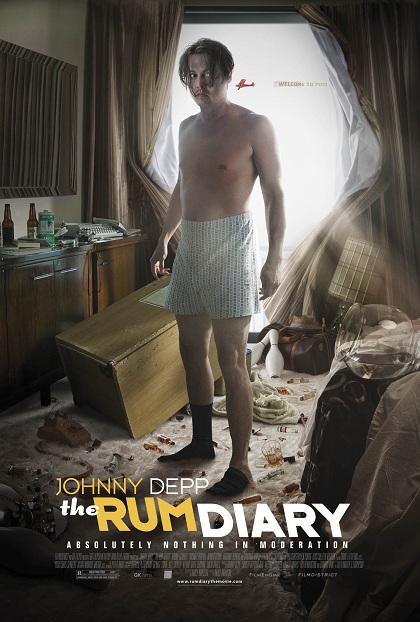 The Rum Diary is about Paul Kemp (Johnny Depp), a writer who moves to Puerto Rico to work for a local newspaper. The Newspaper called The San Juan Star has quite a few characters working there. Paul becomes friends with Sala (Michael Rispoli) & Moburg (Giovanni Ribisi) who also work for the paper. They are all drunks, except for Moburg, who is a HUGE drunk. 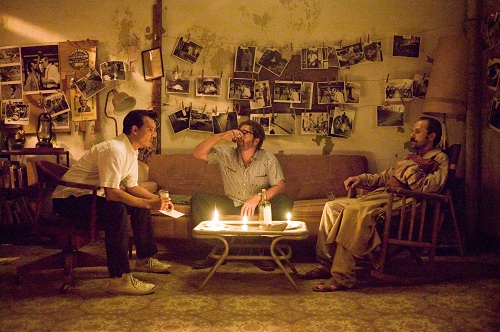 The newspaper is collapsing. They aren’t allowed to write compelling articles about the poor people of Puerto Rico. They’re only allowed to write horoscopes, sports scores, and who won the latest bowling tournament. It’s basically a newspaper for the tourists.

Sanderson (Aaron Eckhart), a wealthy property owner hires Kemp to write some positive brochures. Sanderson has a plan to buy up land for cheap and create a bunch of hotels. Basically, the only way you can enjoy the beach or the ocean in Puerto Rico is to check into a hotel. This makes it impossible for poor locals to enjoy the beach. 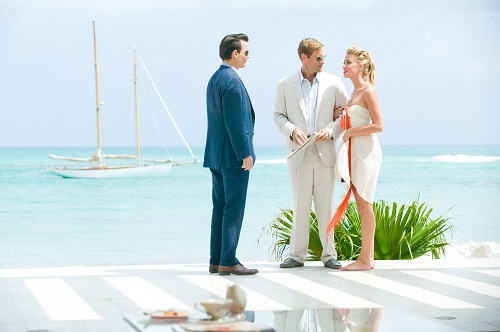 This movie was very good. It was a comedy mixed in a serious story. It had the same feel as a movie like “American Beauty”. Lots of funny moments in this movie though, mostly about alcohol. 4 out of 5.

0 thoughts on “The Rum Diary – Review”