Hi there, yes it’s been awhile. Well, I’m back today.. That’s one post for August, I’ve met my quota! Here’s a look back to my first looping roller coaster experience. Seeing an old picture from Weird Al’s website brought up old memories of Six Flags. Imagine that? 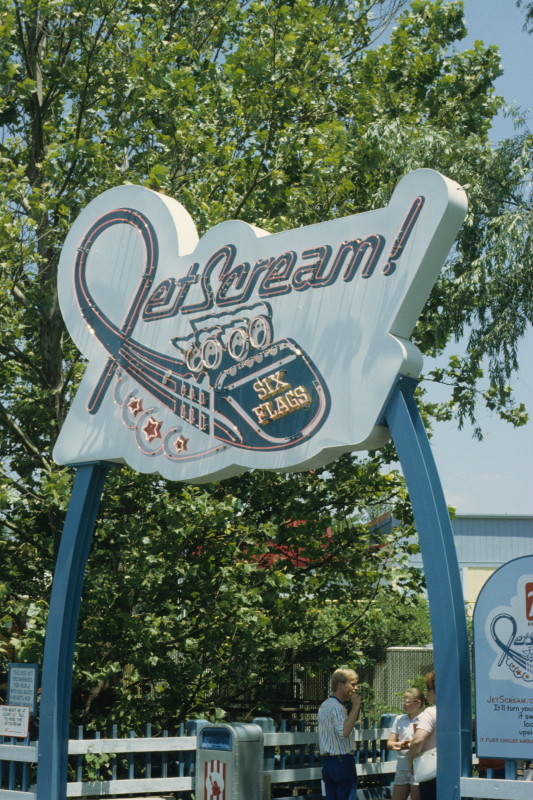 When I was younger, my parents would buy season passes every year for the local theme park: Six Flags Over Mid-America (later changed to Six Flags – St. Louis). My first experience with a roller coaster was there. I started with a slower mine-ride coaster called “The River King Mine Train“. Then I graduated to the fast wooden coaster called “Screaming Eagle“.

I had been a young coaster enthusiast, except, I still was a little scared of rides that went upside-down. I would sit at the exit of “Jet Scream” with Mom while my Dad & my brother rode it. Of course, this had it’s benefits. The waffle fries stand was at the “Jet Scream” exit. So, eating some cheesy waffle fries and pretending to drive remote controlled boats was how I spent my time while I waited. I was tall enough at 8 years old, but I wasn’t ready. 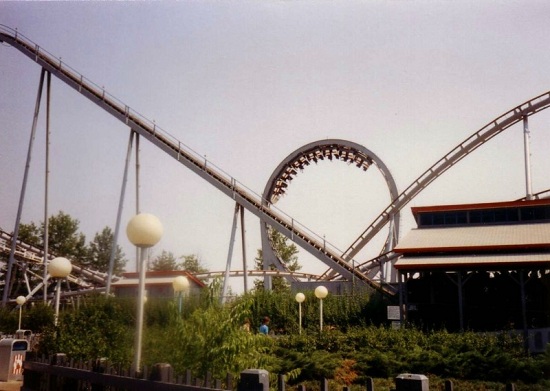 Then came 1986, I was turning 9 years old. The biggest Ferris Wheel ever was coming to Six Flags called “The Colossus” Unfortunately, after waiting in line forever to ride the thing, I realized how boring it was.

Sure it rose to unbelievable heights, but it was slow. You were locked in a big cage with 9 other people. The thing spent more time loading up, than actually going around. And when it spun around, you got about 3 rotations, and it was time to unload. What a disappointment. 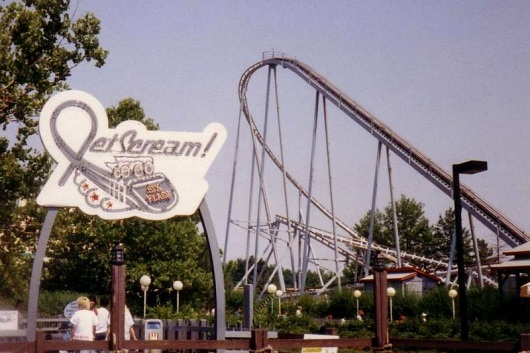 To get over the disappointment of The Colossus, my Dad talked me into going on “Jet Scream”.

It would be the first time I walked through Jet Scream’s iconic neon archway. I would have that animated archway in my front yard if it was available. I guess it’s fortunate for my neighbors that I’m not rich, and don’t know where to buy old neon theme park signs. How cool would it be? Every day from work driving through the archway into my driveway. Neighbors shaking their fists. Yeah, a man can dream. 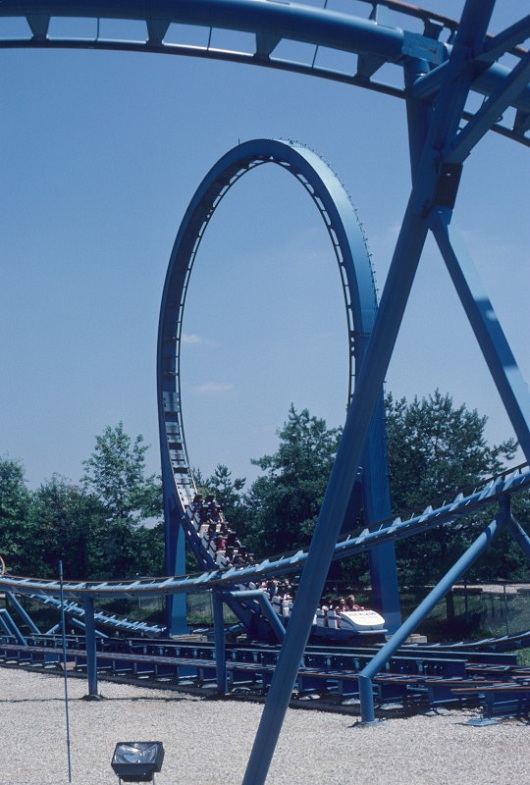 I had been to Six Flags many times before, but seemed like forbidden territory. Everyone beyond the archway seemed older, like I had just made it into an exclusive club. I made it past the bouncer and the velvet rope. I rode my first looping roller coaster and I loved it. I had gotten over my fear of going upside-down. Since then, I’ve ridden every roller coaster I can, no matter how many twists or loops. 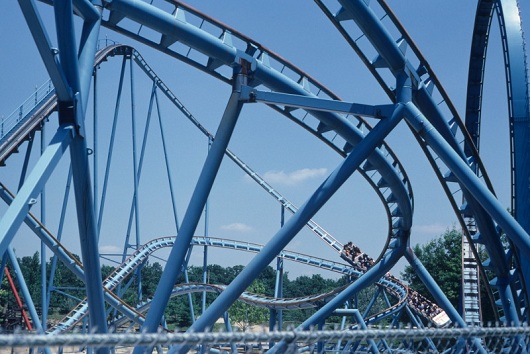 Unfortunately, Jet Scream is no longer around. In fact, it left Six Flags St. Louis 3 years after I rode it for the first time. It moved to Six Flags Astroworld in Houston, TX and renamed “Viper”. The track was painted green, and they added a tunnel around one of the turns. Sadly, Astroworld closed at the end of the 2005 season. So, I never got to ride Jet Scream / Viper again. I don’t know what ever happened to that coaster, it may be in a scrap yard somewhere, but it still remains one of my favorite coasters of all time.