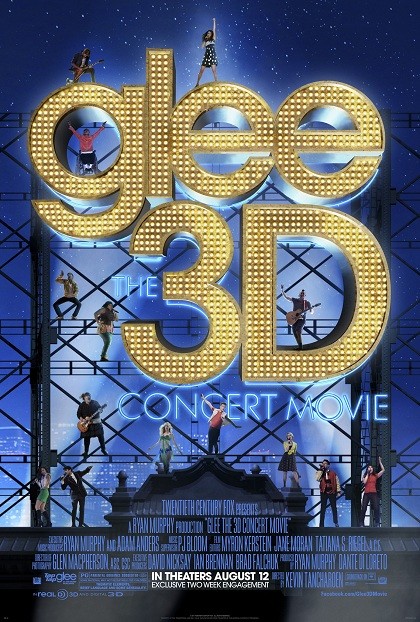 Calling all Gleeks, this is the movie for you! Not a new twist on the popular series, but a cool new way to see a Glee concert. The movie stars (of course) the cast of Glee without the faculty. Ms. Holiday does make an appearance preforming her hit, â€œForget Youâ€ though. For fans of Sue and Mr. Shu…sorry–they were no shows.

The music is as good as it gets and even if you donâ€™t watch the TV show, Glee: The 3D Concert Movie is enjoyable. Favorites such as â€œDonâ€™t Stop Believing,â€ â€œDonâ€™t Rain On My Parade,â€ â€œLucky,â€ and â€œLoser Like Meâ€ are all performed perfectly. In addition, the directors strategically placed interviews with fans throughout the concert scenes to break things up. The interviews are â€œfeel goodâ€ stories about how Glee has affected these fans and made their lives better. It taught them that everybody is valuable…no matter their disability or how they are viewed by others. One notable guest is the â€œMini Warbler,â€ a YouTube sensation who recreates Blaineâ€™s performances of â€œTeenage Dreamâ€ and â€œRaise Your Glass.â€ 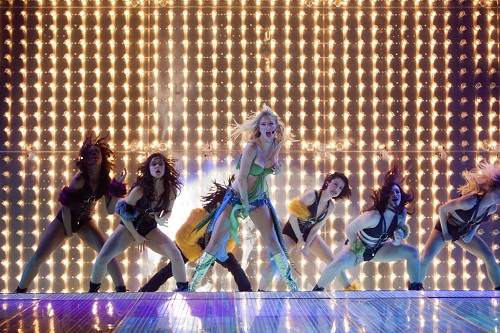 The 3D effect makes the concert seem more real…itâ€™s almost like youâ€™re right there in the audience. The people look like you could touch them and the dancing is even cooler. Even the confetti and streamers seem to pop out in a realistic effect!

A MUST SEE for all Gleeks and great movie for all music lovers!