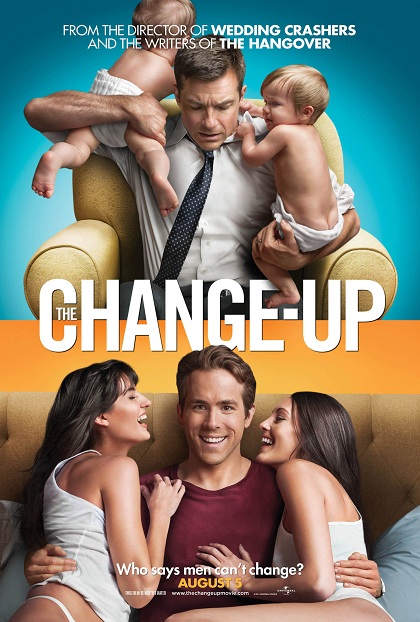 How many movies have there been like this? One person thinks the other person’s life is easier, and they swap bodies. Let’s see, there was Freaky Friday 1976, Freak Friday 2003, Like Father Like Son, Vice Versa, 18 Again, etc.. Yeah, the list goes gone on and on. Here’s another one called “The Change-Up” 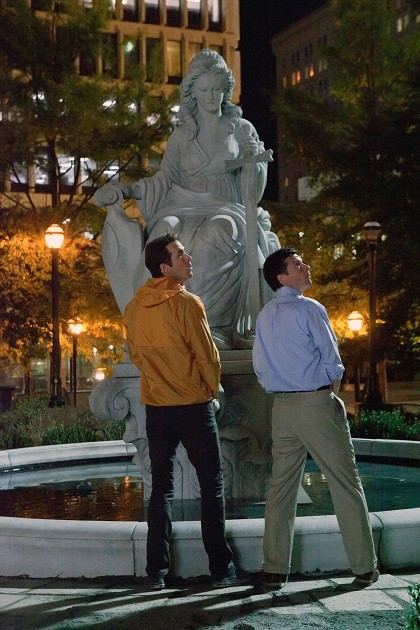 Dave (Jason Bateman) is lawyer, married to a beautiful wife, with 3 kids. Mitch (Ryan Reynolds) is a semi-working actor with no attachments at all. They go out drinking one night together and in the middle of drunk talk they say how much they envy each other’s lives. While peeing in a fountain in the park, the lights go out and they swap bodies.

After they switch, they have several obstacles. Dave has to go to an audition for a Lorno (not spelled incorrectly) movie. Mitch on the other hand has to pretend to be a lawyer, and not ruin everything Dave has worked for. Dave gets to take out his office crush, Sabrina (Olivia Wilde), while Mitch is seeing what Dave’s wife (Leslie Mann) really is like at home. Confused yet? 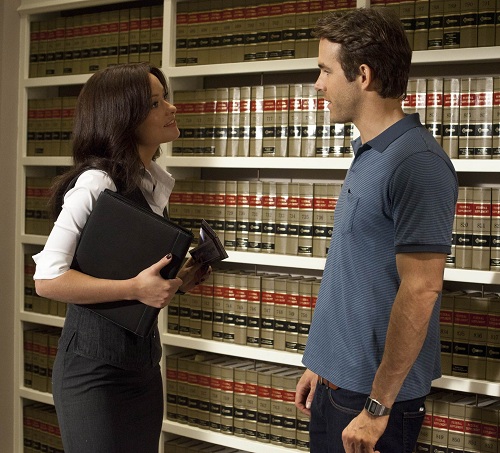 With the director of “Wedding Crashers” and the writers of “The Hangover” you would think this would be a solid comedy. To me it kinda falls short and seems like we’ve seen this before. Don’t get me wrong, there’s some funny parts in this movie. But, it’s not the comedy of the summer, we’ve already seen that, it’s called “Horrible Bosses”. As far as comedies go, this is just average.
2.5 out of 5