It’s the season of grilling, so time to fire up that charcoal / propane grill. But, why do something traditional on that grill? I mean, anyone can make hamburgers and hot dogs. Come with me as I make my first attempt at making pizza on the grill. 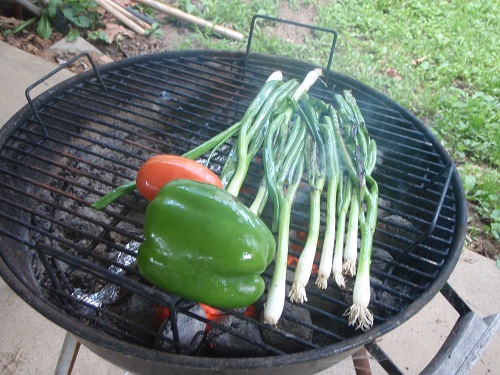 I’ve made home-made pizza several times in the oven, but never have tried it on the grill. So, I took what ingredients I had and my fridge, and worked with them. First thing I did was grill up some vegetables. All I had was a pepper, roma tomato, and some green onions. I coated them in canola oil and charred them on the hot part of the grill. Oh, if you’re like me, you don’t have a very big grill, so you’ll have to used some heavy duty aluminum foil to separate the coals. So, I have hot coals on one side, no coals on the other. This way, after your vegetables get a good char, you can move them to the cooler side, to continue to cook without burning. 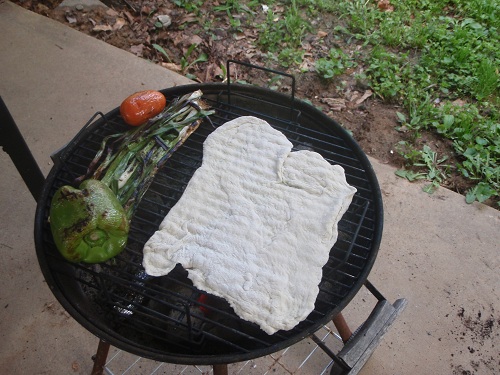 I rolled out some pizza dough into a shape that would fit onto the grill. As you can see from the picture, mine isn’t perfect. In fact it’s a little wrinkled in some spots. Don’t worry, it’ll be fine. I cooked it about 2 minutes on each side, just enough to get some grill marks and become pretty solid. Take it off the grill after that. 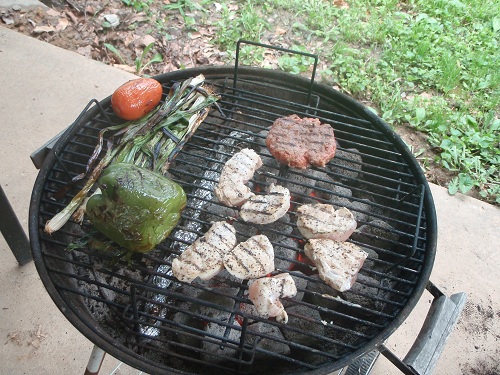 Next I threw the meat on the grill. I formed Italian sausage into a patty-type shape, and chopped a chicken breast into small pieces. After the meat was done, I took the meat & the vegetables off the grill. 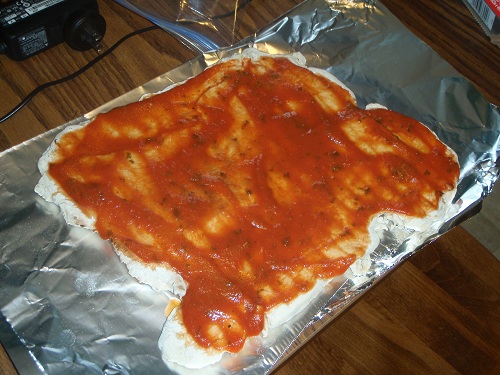 I sauced up the grilled pizza crust, and chopped up the vegetables & meats into small pieces. 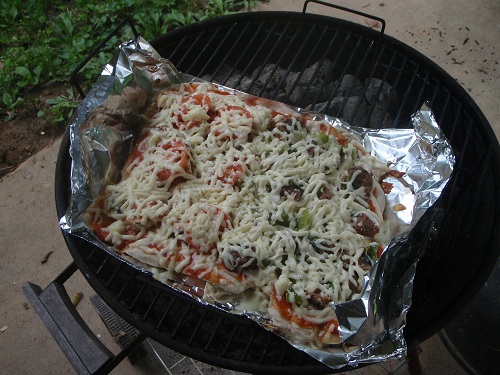 On one side of the pizza, I put sausage, onion, & peppers. On the other side, I put chicken and roma tomatoes. Then, I covered it with freshly grated mozzarella cheese. Next, I put it onto some aluminum foil and put it back on the grill from about 10 minutes. 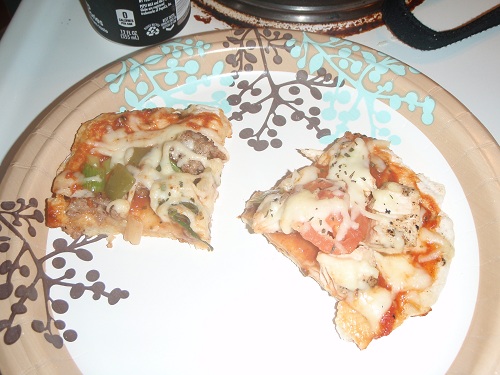 The pizza turned out awesome! For a first time grilled pizza maker, I’m pretty impressed with my skills. Since I’m throwing stuff on the grill, why don’t I try something else, how about some dessert? 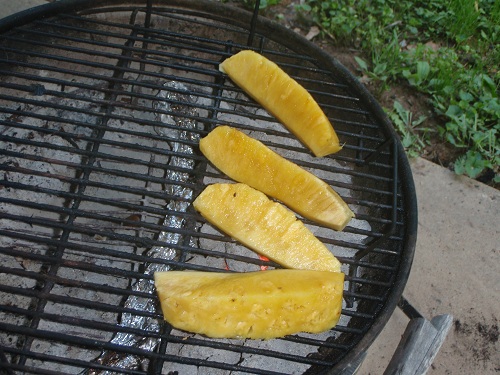 I learned this trick from Alton Brown. Slice up some pineapple (obviously). Next mix up some vanilla, lime juice, brown sugar, & salt. Coat the pineapple in your mixture and grill ’em up. 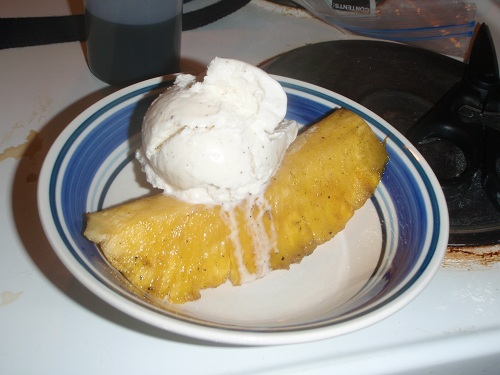 Add some ice cream, and it’s freakin’ delicious! All the food was great, but now my kitchen is a mess!