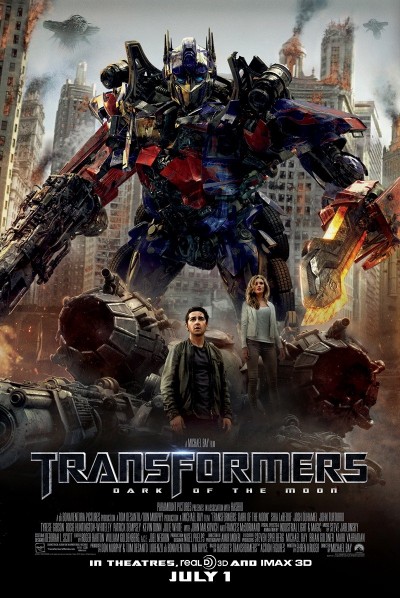 Is the third time a charm? Michael Bay is back with the 3rd installment of the “Transformers” series. This Megan Fox-less movie is the first one shot in 3D. I was one of the few that actually liked the first Transformers movie. Unfortunately, the 2nd movie, Revenge of the Fallen was just awful. I mean, they actually gave the Constructicons testicles! But, lets forget all that as I review “Transformers: Dark of the Moon”. Make sure you go to the bathroom before this movie starts, because it’s a long movie. It’s 2 hours and 35 minutes.

Everything visually in the movie is stunning. This movie was meant for 3D. It’s probably the best 3D I’ve ever seen. As much CGI that is going on in this movie, it doesn’t feel “fake”, even though we are talking about talking alien robots. 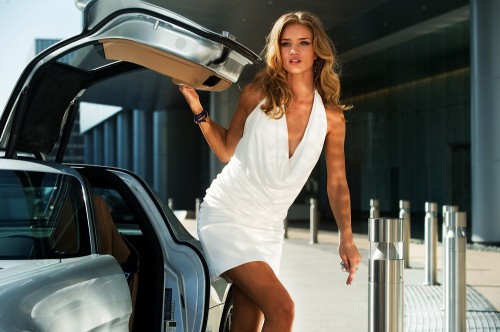 Here’s the synopsis without really giving away any spoilers. Sam (Shia LaBeouf) is finished with college, living with his way out of his league girlfriend (Rosie Huntington-Whiteley). He’s bummed that he can’t find a job after he basically helped the Autobots save the world. He can’t tell anyone about what he has done. So, he settles for a crappy mailroom job. The Autobots are helping the US with terrorists and other skirmishes. Their paths end up crossing when Sam gets word from a strange guy (Ken Jeong) that the Autobots are falling into a decepticon trap, and he has proof. Conflict erupts, Decepticons try to take over the earth while bringing their home planet of Cybertron to earth with some sort of teleportation bridge. 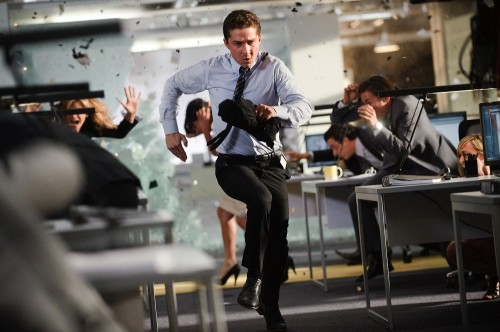 This is my favorite of the Transformers movies. The main thing that gives this an edge over the other two movies (especially the 2nd one), is compassion for human life. The first 2 movies were basically a struggle of machine vs machine (ie: autobots vs decepticons). This movie brings the man vs machine element to it. The decepticons kill several humans trying to take over the planet. You’re rooting for humans against machines. You can put yourself in their shoes more easily. Add a pretty cool government conspiracy wrapped in with the beautiful effects & 3D, and you have a winner.

My only complaint, and it’s a minor one. Since I was a big fan of the toys when I was a kid, I know most of these characters. So, Shockwave is no longer the gun that you remember as a kid. He’s now some Robo-Octopus Snake type thing. Oh, and Megatron isn’t a gun, and he isn’t even a plane like he was in the first 2 movies, he’s a run-down truck. Of course, if you get over these minor things, you’ll enjoy this movie.