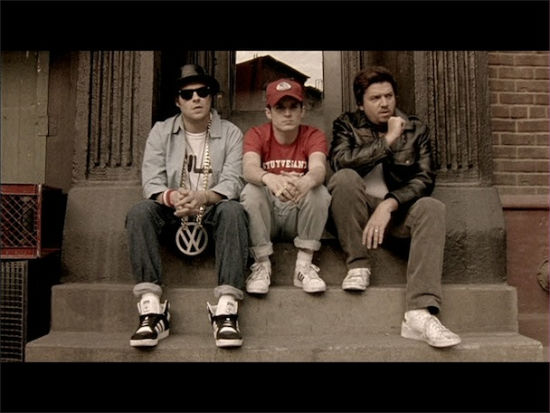 The clever thing about this “short film”, is it takes place immediately after the party in the “Fight for your Right” music video from the 80s. For those that don’t remember that, here it is:

Okay, now you’ve been refreshed. The next three videos are the short film, “Fight for Your Right Revisited”. It starts Seth Rogen, Elijah Wood, Danny McBride, and a ton of cameos. It basically shows how back in the day, they Beastie Boys were a bunch of f-ups. In the end they see their future selves which turns from a dance off to a literal pissing match.

I’m not sure how long this next three videos will remain up, but here they are for now..

If you were unable to watch the full version, you can still watch the condensed music video below..

I love the song, and I love the video. I think it’s hilarious. So, what’d you think?