Well.. it’s day one of Vacation.

We got to the Hotel about 4pm. When we walked in the room, it was a spoongebob squarepants explosion! 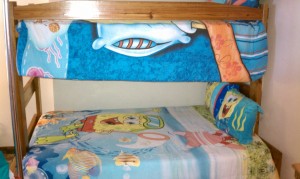 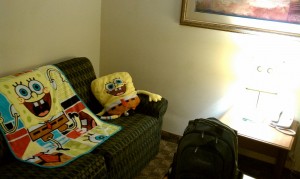 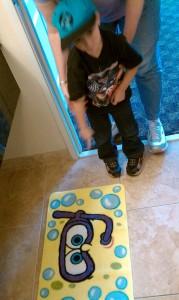 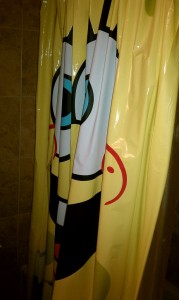 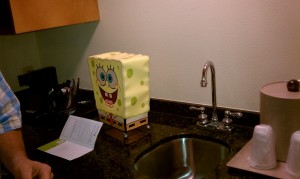 Yep, Logan may be disappointed when we get to Disney World, and there’s no Disney sheets everywhere. Or maybe there will be. Who knows…

Other updates. The road trip to Georgia was pretty uneventful, oh, except Logan decided to throw up, the whole car smelled like sour milk. So, we had to pull over and rinse out his car seat at a gas station. Then we found a Walmart, so we stopped there to get some Fabreeze. It really helped to get rid of the smell. 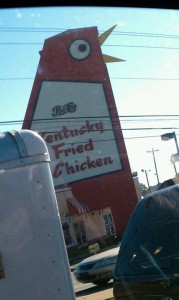 On the way, we saw a Big huge Chicken shaped KFC.

And I also saw this next door, which made me laugh..
4 more hours until Disney…