(click on any of of the images for a larger view)

Way up on the top shelf of my closet in my computer room, there appeared to be a box that I have never opened before. It looked like a normal box, with a familiar phrase on the side… “seasoned curly fries”. After opening it, I notice a trapper keeper! Yes… a mystery box of randomness! 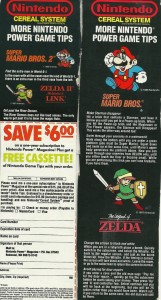 In the Trapper Keeper, I found random drawings, a resignation letter to my mom’s boss from 1993, and a couple cutouts from Nintendo Cereal. Nintendo Cereal was 2 cereals in one! There was 2 bags of cereal in the box, kinda like Nerds Cereal & Dunkin Donuts Cereal. One side was cereal with Zelda shapes. The other had Mario shapes.

Here’s a commercial I found on youtube. Each box of cereal had some tips and tricks on the side for the latest Mario / Zelda game. 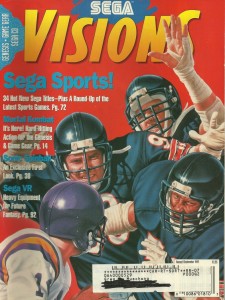 Speaking of Video games, I found this in there as well: Sega Visions Magazine. It’s basically Sega’s version of Nintendo Power magazine. Although, it’s not as well produced. Although, if I remember correctly, it was free. 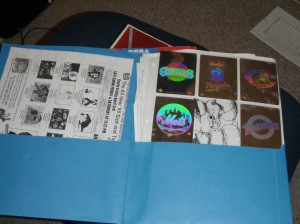 Here’s a folder full of crap. Inside I found… 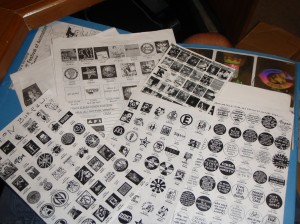 Some baseball stickers and a bunch of punk rock mail order catalogs. Back before the internet was popular, if you bought a cd from a band on an independent label, you would receive one of these catalogs inside. They’d also slip them in punk rock fanzines. Here we have a few catalogs from Nitro records, Lookout Records, & Hopeless records. And a catalog of “punk rock buttons”. Not surprisingly, I bought quite a few buttons in the day. In fact, my current jacket still has a few buttons pinned to it. It’s my way of “sticking it to the man”. 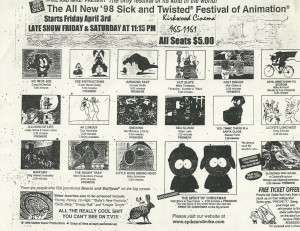 One of the flyers I found in the folder was for “Spike & Mike’s Sick and Twisted Animation Festival”. I haven’t been to one of their shows in about 10 years. But, they were a lot of fun. They put together about 2 hours worth of animated shorts. I’ve seen some of the funniest cartoons ever from this festival. Searching youtube, found me a bunch of them. From this show is where I learned of the great animation of Don Hertzfeldt. Here’s one of his cartoons…

Check out a Spike & Mike show if you get a chance. They’re definitely worth it. A couple more of my favorite cartoons from that show are “Dirty Birdy” and “Fast Driver”

Apparenly, if you add all these things together, it basically shows my personality: Punky, Nerdy, Perv. HAHA.. Anyway, there’s an issue of Punk Planet, a 50th Anniversary issue of Playboy, and a Letter from High School Marching Band. Also shown is a card from a casino that no longer exists (the President Casino) and an Apartment Guide. 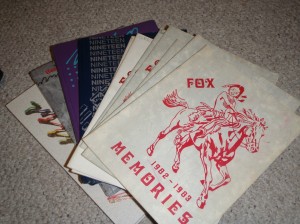 Speaking of school, there was every yearbook from my years in school in this box. And, no, you will not be seeing any of the pictures of myself in these. 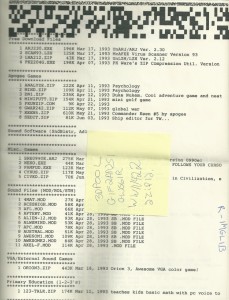 This printout is some files from a random BBS. Back in the day, that’s where I would get all my files. If you look closely, you’ll see a copy of Duke Nukem was a whopping 235k. That’s pretty much smaller than any of the jpgs on my site. Although, with a 2400 baud modem, it would of taken forever to download. 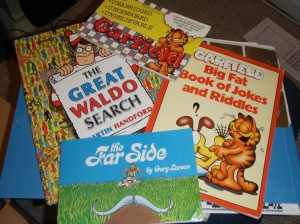 Here’s some random books, Waldo, Garfield, & The Far Side. 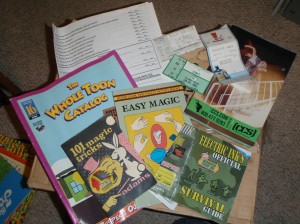 Actually, the survey is to make money doing medical experiments on you. A couple universities around here would pay you $1000 bucks for a weekend, for you to test a brand new drug. Of course you’d have to spend the whole weekend in their facilities. I never did it. But, it was very tempting at the time. I mean $1000 bucks for just hanging out all weekend. hmmm… I wonder if they’re still doing that now? I could use that extra money. I know Barney Gumble from the simpsons used to make money by doing that. 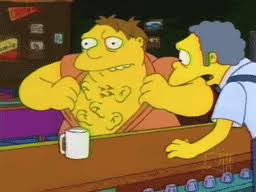 Okay, maybe I won’t do that…

One thought on “The m-m-m-mYstery boX!”