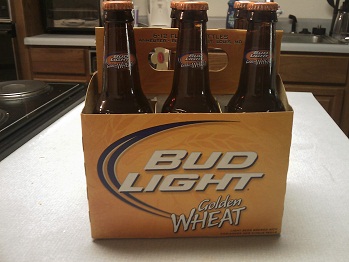 Today, I finally found some Bud Light Golden Wheat. It’s the new beer from Anheuser Busch. I also found a Bud Light Speakerbox, which was way too expensive for me to buy. Anyway, click the 6 pack above to read my latest article.

A couple years ago, Bud Light Introduced, Bud Light Lime. At the time, I believe it supposed to be a seasonal beer. In fact they advertised at the summertime brew. Then, when it became insanely popular, they came out with commercials stating that it would taste just as good during the winter & all year long. 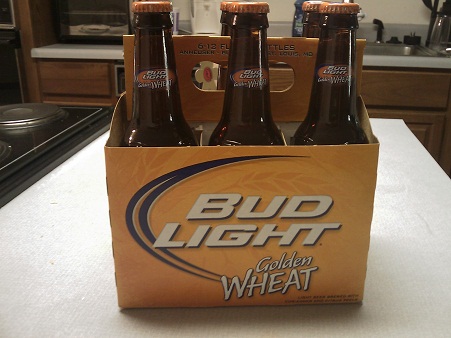 Today, Anheuser Busch has introduced their newest line of beers, Bud Light Golden Wheat. My theory is this beer has been around for a long time. In fact, I think the original intent was to release this in the fall, immediately after the BL Lime summer release. But, since BL Lime did so well, they waited for the right time. Of course, this is only a theory of mine. 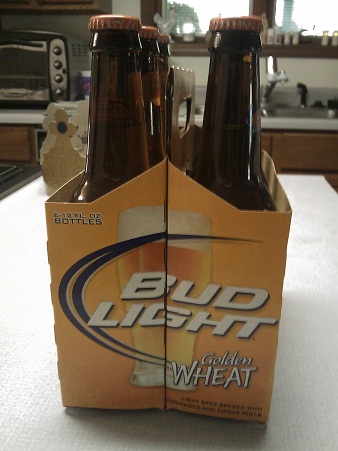 The packaging looks sharp, just like the BL Lime packaging. Only this time they go with Orange Fall colors. 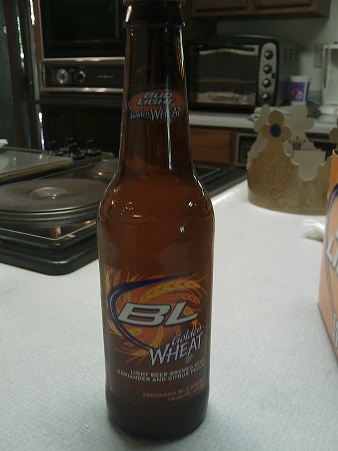 It’s a very light wheat beer. It’s a good light beer with a sweet taste. I’ve had many wheat beers in my days, some of them are pretty over-bearing. But, this one seems a lot lighter. Of course, this one is a light as supposed to all the other wheat beers I’ve tasted 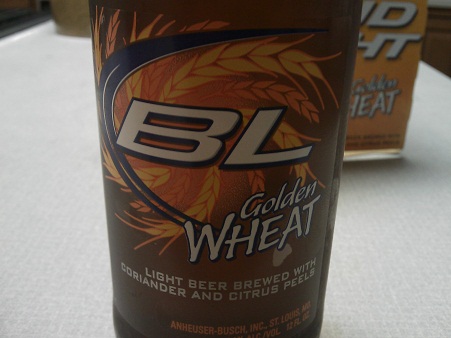 Overall, I would say it’s a good beer. It’s very drinkable for a light beer. You could probably put away more of these than your normal light beer. 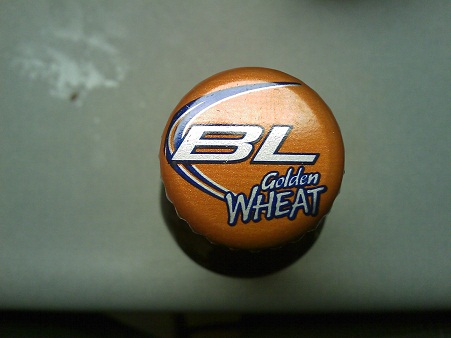 Another aspect of the bottle I forgot to mention was they are brown, like all other AB products. The BL Lime was clear, which was not normal for AB beers. Right now, I only saw it in 6 Pack Longnecks, but I’m sure they have the 12 pack longnecks available too. If this becomes as popular as BL Lime, I’m sure they’ll start putting these out in the can as well.