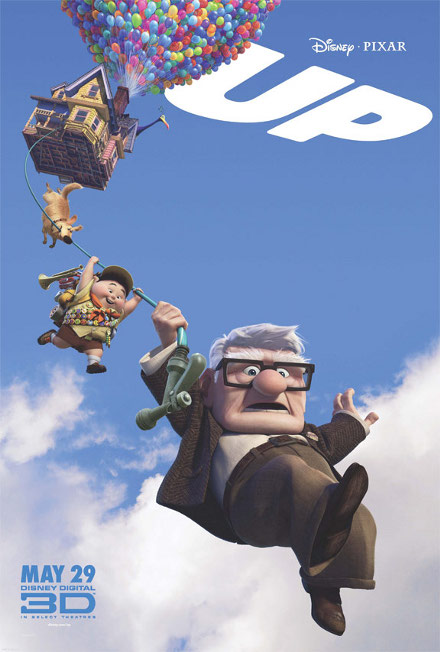 Well, I just got back from seeing the Movie, “Up”. It’s a movie about an old man, that is basically fed up with his life. Until he decides to fufill a life long dream to move to Paradise Falls. Of course, there’s no reason for him to pack all his belongings. He Just tied a million balloons to his house and took them to float everything with him. In his adventure, he comes across an determined cub scout, a weird looking bird & a “talking” dog. It’s got its up and downs. I’m not ashamed to admit that a few parts in this movie actually got me kinda choked up. But, overall, like every pixar movie, this is a winner. It seemed to be aimed more towards the older crowd, but my 3 year nephew seemed to enjoy it as well. 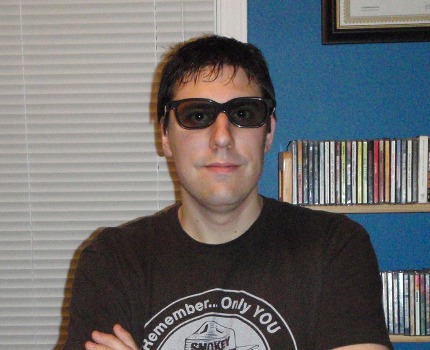 One of the great things about this movie, is you can see it in 3D. They give you some goofy glasses which look exactly like the main character, Carl’s glasses. I don’t know if it was meant to be like that, or just a coincidence. The whole movie, including the trailers were in 3D. One of the trailers, well it’s actually more of a teaser, is for Toy Story 3. I’m excited about seeing that. The overall 3D effect in the movie is cool, but you stop noticing the 3D effects about 10 minutes into the movie. So, Its neat, but I don’t really think it’s worth the extra money to see it in 3D. Spend your extra money on some popcorn!