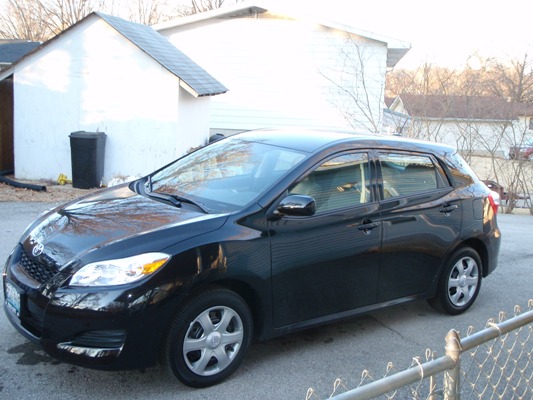 You see, my old car, 99 Mazda Protege served me well over 7 years. But, it was just getting too expensive on upkeep. I’ve had it fixed for oil leaks twice over the summer. It still wasn’t fixed. I’ve been filling it with oil about once a week. Every time you would start the car, it would blow a continuous cloud of smoke out the tailpipe. The smoke wouldn’t stop until I drove a few blocks. The only thing I could do was pretend I was in the Spy Hunter car, and I just pressed the smoke screen button. Also, the check engine light was constantly on. In fact, I’ve fixed EGR Valves, MAP Sensors, O2 sensors, etc… The check engine would shut off for a few weeks, then another problem would arise. But, with 192,000 miles on it, and a recent “blinking” check engine light, I figured it was time to trade it in.

The new car is great. It’s the first car I’ve had with remote keyless entry. I know, that feature has been around in cars for about 15 years, but it’s the little things like that have made me happy. Anyway, I’ll be happy with a reliable car for awhile with no oil leaks or embarrassing smoke screens. The only bad thing is I have a car payment again. blah!