I hope everyone had a great holiday. Yes, I’ve been lazy the past month or so. In fact, it’s been a very long time since I’ve written an actual article. Well, the plan for this month is to totally re-design the website. I won’t be removing any of the content, just updating the look. I think it’s starting to look old. So, that’s one of my main objectives. Also, I wanted to post my list of goodies I got for Christmas. But, since I think it’s old news, I’ll just tell you in this post. 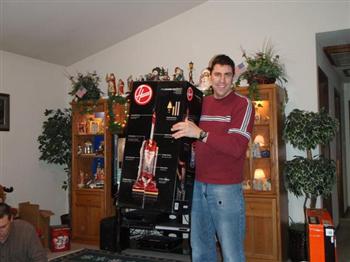 Some of the stuff is much needed stuff like the vacuum & ladder. The new Mortal Kombat game is awesome. There’s something exciting about Batman beating the shit out of Scorpion. The hero DC characters have “Heroic Brutalities” instead of Fatalities, which are basically a fatality without killing the person. All the MK characters & DC villians have fatalities. The book, “Too Fat To Fish”, is brilliant so far. I’ve only read about half of the book, but it’s very funny. Artie’s a good story teller.

Well… so, that’s it for now. Hopefully, I’ll have a new site design for you guys by the end of the month.