Well, I was one of the nerds who waiting in line to get my copy of Rock Band 2 for the Xbox 360. I didn’t wait in line for 10 hours though, like I did when I waited got get the Wii on launch day. I called Walmart early in the evening to see if they would be releasing RB2 at midnight. He said they would have it at midnight, and they have 16 copies. So, I figured, I have to get it at midnight or else I’d miss out.

So, I got there around 11:30. It was only a game, not a game system, so I figured it wouldn’t be as popular. I ended up being the 4th person in line. Woohoo! I got a copy. 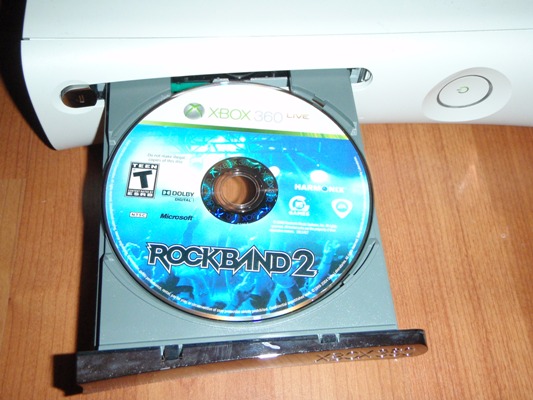 When I got home, I immediately had to pop the new game in and start playing. The first noticeable difference was there was a “2” after Rock Band. The first game didn’t have that. In other words, it was very similar to the first game, except for the soundtrack. Then I started playing… 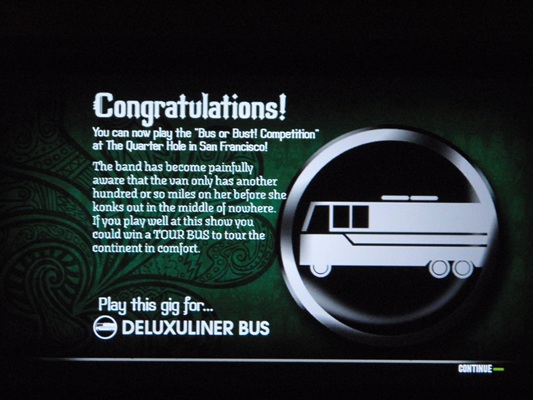 The tour mode is setup a lot better on this version. You actually create a Band, and create band with band members. There’s a band logo, band tagline, and obviously band name. They start you in your band’s hometown. For example, my band’s hometown was Seattle. So, I started in Seattle where I had the option to play in one local club. Once I started getting some fans, I could play other venues in Seattle. Eventually, you have get a chance to win a vehicle at a challenge called “Battle of the Van”. Once you win a van you can travel to other cities near you.

I’ve only played through a few cities so far. But, each city is similar. Another new feature is “setlists”. You can create your own setlist or play a mystery setlist. A setlist is basically just a group of songs that you’ll play in a row. The mystery setlist can be any song chosen at random. One of the weird things about the setlists are this: If you start your setlist with a song where there’s a female lead singer, your singer on the screen will be female. But, if your second song has a male lead singer, your singer on the screen won’t change. So, in other words, you may have a female on the screen with a male voice. It looks kind of weird.

But, they’ve added Challenges and Battle of the Bands. 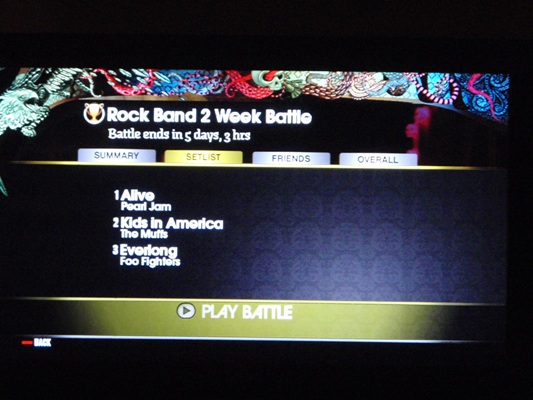 In Challenges, you’ve got a certain challenge to accomplish for a song. For example, they’ll give you a song to play and get as many notes in a row that you can. Each challenge can consist of one or many songs. Battle of the Bands, is actually a way for you to play another band online. There’s different categories for Battle of the Bands also like who can play a certain song the best or who can play the best in expert mode. 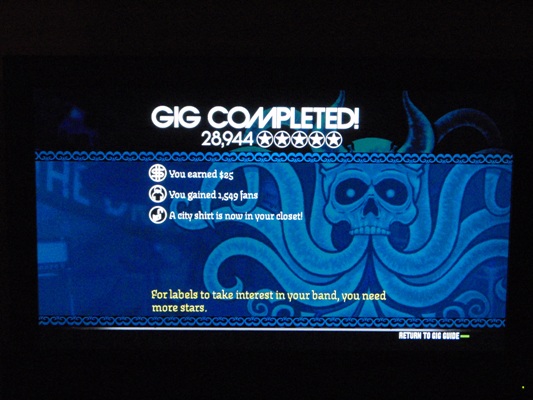 When you get through a song you earn more fans. When you earn more fans you can play more venues. You actually have a manager in RB2. You control the manager by hiring different staff members for you. You can hire a street team, an intern, an accountant, etc. These people will help get you more fans and bigger shows to do. 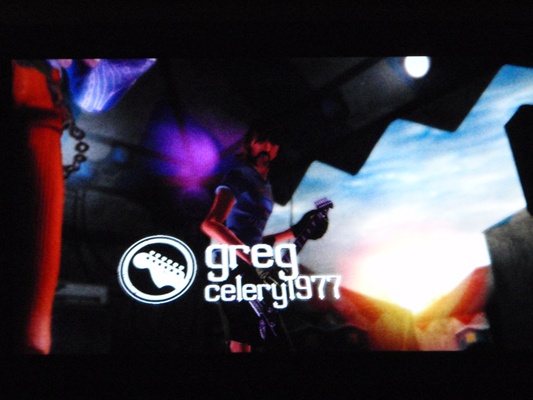 RB2 also has a Xbox Live world tour mode. It means that you can actually create a band with total strangers from the online world. I haven’t tried this feature yet, but it sounds pretty interesting. But, the most fun is having a band of your friends all in your living room playing plastic instruments.

update: Well I just got done playing the xbox live world tour mode. Holy Crap! That is freakin fun. You can play in someone’s band online, or they can play in your band. You’re basically helping each other out to unlock gigs, songs & achievements. It is definitely one of my favorite parts of this game now that I played it. Usually when I put on my headset and mic to talk to people online, they’re kicking my ass at Team Fortress 2. But, on this, everyone is pretty friendly with each other. It’s pretty cool. I could see staying up very late playing that. That’s what coffee is for in the morning, right?

The nice thing about RB2 is that all the tracks you downloaded and paid for from the first Rock Band can be played on RB2! Also, you can export all the tracks (except for 3) from the original Rock Band disc to your hard drive and play them in RB2. 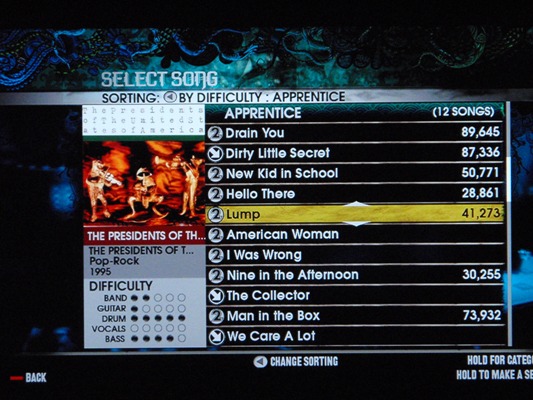 I also love the song sorting method on RB2. It looks exactly like the Rock Band Music Store, but that’s a good thing. It shows the cover art from the album that the song is on and it shows the difficulty of the bass, guitar, drums & vocals.

Overall, it’s a great game. The first game was great, but it’s the little improvements that have really made this game a must have.

One thought on “Rock Band 2 Review”