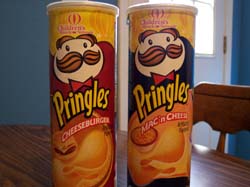 Today, I wrote a new article on 2 new flavors of Pringles available for a limited time only. Click above to check out my review of Cheeseburger & Mac n’ Cheese chips.

One Reply to “Pringles – Limited Time Only”

When I goto the store, and see a new or strange flavor of soda, candy, or potato chip; it makes my day. The other day, I went to walmart and saw 2 new flavors of Pringles. Those flavors are Cheeseburger & Mac ‘n Cheese. 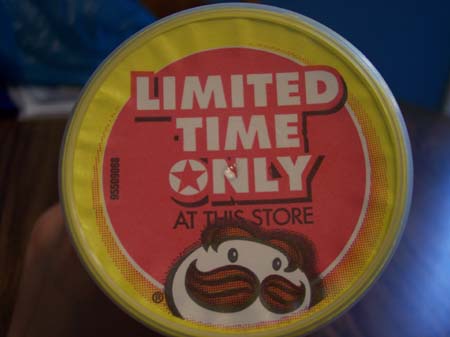 On these cans it says, “Limed Time Only (at this store)”. So, I don’t know if that means its only available at that particular store for limited time, or that’s printed on every single can, no matter where they sell it. 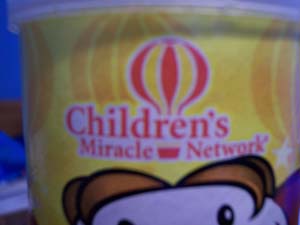 These are also special “Children’s Miracle Network” cans. So, I guess kind of like Jones Soda, you can buy the strange new flavors, and it you don’t like them, it doesn’t matter because the money goes towards a good cause anyway. 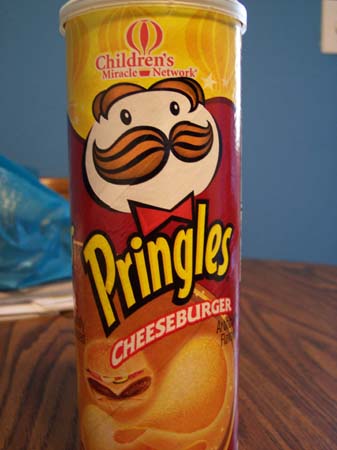 I decided to start with the Cheeseburger flavored Pringles. I know I’ve said in a previous review of pringles flavors that I would no longer get chips that have some sort of meat flavor. Well, I guess, I changed my mind. Anyway, the smell of these chips is kind of like a pickle & cheese. 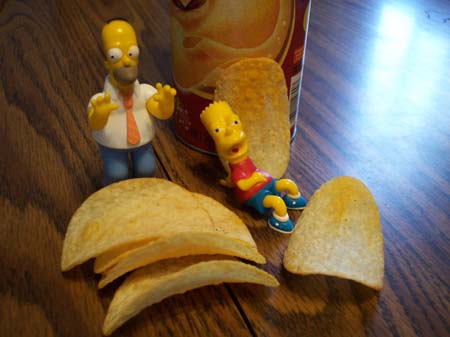 Well, there’s not much flavoring on these chips by first inspection. They look like a lighter coat of flavoring than normal. As the flavor goes: They aren’t too bad. They don’t taste much like cheeseburger to me. They taste like a combination of ketchup, onion, pickle & a little cheese. They definitely aren’t as offensive as the Philly Cheesesteak Pringles. 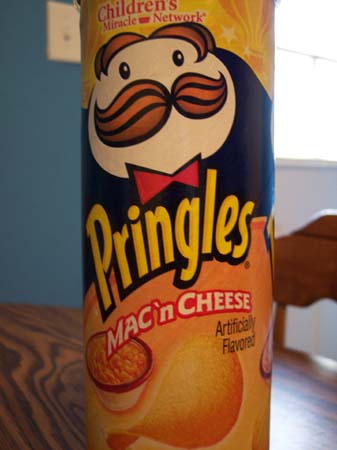 Now for the Mac ‘n Cheese chips. Well, by opening the can, they don’t have much of an aroma. They smell like dry pasta would smell. Almost no smell at all. I figured they’d smell like the “Cheez’um” flavor. 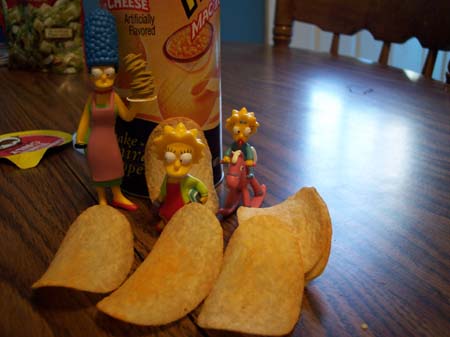 They almost look the same as the Cheeseburger chips. It doesn’t look like they were liberal with the flavor dust. Well, these taste like Cheezy chips. Nothing more. They’re okay, but they aren’t as good as “cheez ums”, which if I remember correctly are now called “cheddar cheese”.

Unfortunately, these were very uneventful chips. There was nothing really special that I would recommend to anyone. But, neither one was bad enough to have me gargling to get the taste out of my mouth. 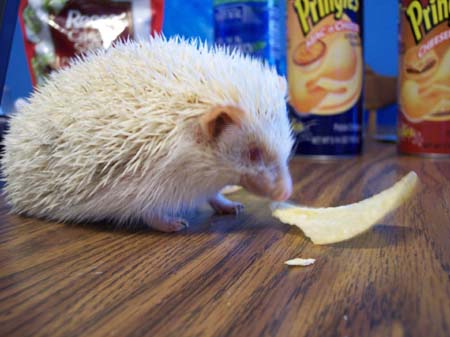 Maybe Megatron would like these. He does! Well, these are “Megatron Approved!”