The last month, I’ve been seeing billboards talking about a new version of Bud Light, Bud Light Lime. They show the new bottle along with the simple words: Coming May 2008. Well, earlier this week, I got an email from Anheuser Busch saying it was out. So, I headed to the store to pick some up. 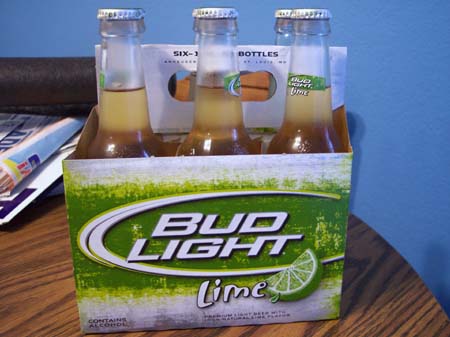 It comes in 6 & 12 packs of long neck bottles. Since, I’ve never tried it before, I thought I’d be safe and pick up a 6 pack in case it wasn’t any good. The box art is totally different than your normal Bud Light box, opting to use green instead of blue. They went all out to make it stand out between the red budweisers and the blue bud light boxes. 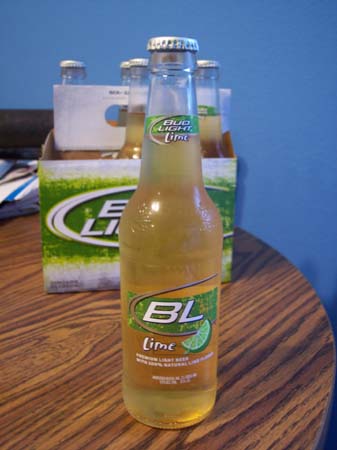 The bottle is very different than the normal Anheuser Busch bottle. AB always talks about light affecting the taste and life of a beer. That’s why they put all their beers in a brown bottle. I’m sure you’ve heard of the “brown bottle flu”. Anyway this is the only AB bottle that is in a clear bottle that I know of besides Michelob Golden draft, which is only available in select markets. 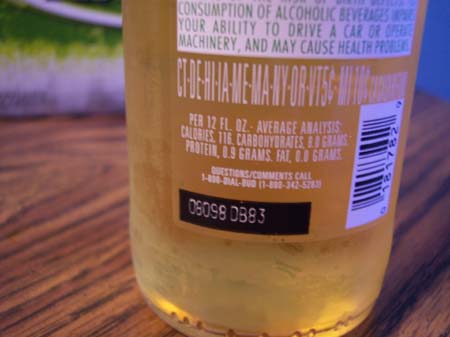 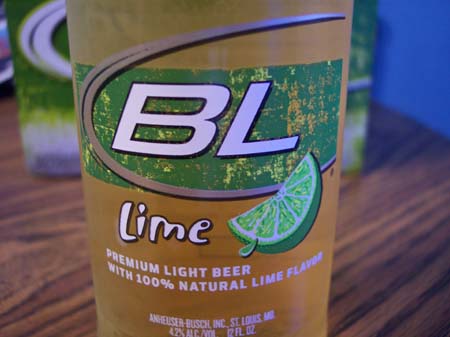 As far as the taste goes: I must preface, I’m a fan of bud light, It’s the beer I most commonly order at the bar. The Bud Light lime doesn’t taste like bud light at all. It’s very smooth. I could probably easily drink a lot of these without even thinking. The lime is pretty powerful. It’s more than just a hint of lime. It’s a pretty good taste. If you like lime-aid, this is probably the beer for you. 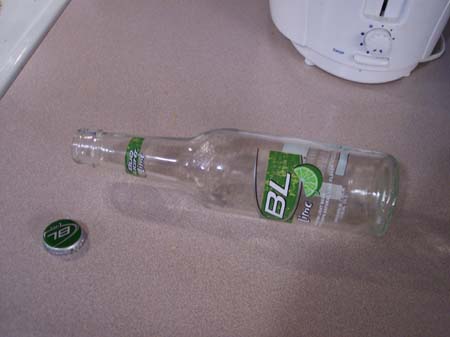 After drinking one of these, I know this will probably be a pretty popular summertime drink. I think they are trying to market it more towards the women. If they only had a lemon brew too. Then you could mix them together and have Bud Light with Limon!

btw: There are 116 calories in Bud Light Lime, which is 6 more calories than a regular Bud Light.