The Dark Knight comes out this summer, which is the sequel to Batman Begins. I’m totally excited about this. I loved Batman Begins. In fact it’s in my top 5 superhero movies of all time. I don’t have any order but the list would include: Batman Begins, The Incredibles, Superman II, X-Men 1 & 2. 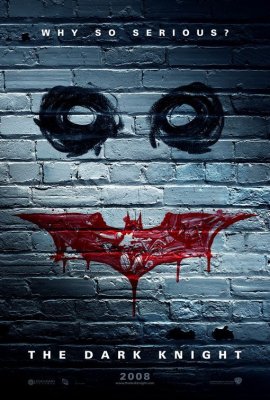 The cool thing with the Dark Knight is the way they’re marketing it. They’re making legit looking websites which pertain to the movie. It gets me even more excited about the movie. In fact, they even had people campaigning to vote for Harvey Dent (for District Attorney) in various cities.

Here’s the sites I know of so far:

Yes, there’s that many. And there’s probably more to come. Check out the sites, see if you find anything interesting. I noticed that if you call the phone number on the Gotham City Rail, it says they’re out of business. They’re putting a lot of work into these viral websites.

One of the coolest things they’ve done so far is made kind of a scavenger hunt. On the Clown Travel Agency website, there’s a list of address with numbers. All the addresses are bowling alleys. The numbers are a locker number & a combination. Inside the locker is a bowling bag with a bowling ball, phone, joker card & secret number to call. Here’s a video of someone finding one.