People who know me personally know that I tend to quote tv shows and movies a lot. It’s usually when life imitates art. Something will happen, and I’ll say something like, “This is exactly like that time when Homer did this” or whatever. I’m usually quoting something from The Simpsons, Seinfeld, or something I heard on the Howard Stern Show.

Yes, I’m a Howard Stern fan. I been listening since he was finally syndicated here in St. Louis in ’98. Then when he moved to satellite, I ended up getting a subscription to Sirius. In 2001, Artie Lange became a regular on the show after Jackie Martling quit. He took over the ‘Jackie Chair’. Anyway, I’ve been a fan of his ever since. 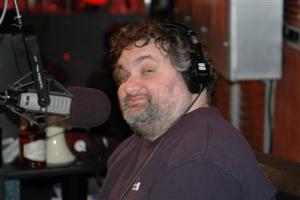 Then today came, and he went nuts on the show. He’s way overweight, he’s got a drug problem, & a drinking problem. I guess you could say he’s a loveable loser. But, today, he ended up having a huge argument with his assistant over a passport.

Him and his assistant Teddy were fighting in the hall. When Stern came back from a commercial break he invited Teddy to come into the studio to get to the bottom of the fight. Artie got angry at Teddy for not writing down his number for his passport. It seemed to be a meaningless fight. Then it escalated into a fight over how much money he’s been giving Teddy. Then soon, it turned into Artie charging after Teddy wanting to kick his ass. Luckily, there was 6 people holding Artie back.

Howard said to Artie that he can’t be doing that. And eventually Artie gave his resignation, and Howard accepted. He was gone the rest of the show. The clips of the whole thing are on Youtube, I doubt they’ll be up long but heres part 1 , part 2 , & part 3 . So, listen and see for yourself.

I’ve checked on howardstern.com , there’s no mention on today’s show (thursday 4/10/08). It’s like it never existed. Also, if you’re familiar with Howard 100 on Sirius, they replay the show over and over all day long. Today, they played it once, then when the replay came on, it was a replay of Monday’s show. Also, there’s no mention on sirius.com . It’s very strange.

Of course, this could be a big scam on the audience. They don’t do a Friday show, and they’re on vacation next week. So the next live Howard Stern Show isn’t until Monday, April 21st. So, I guess we’ll see then.