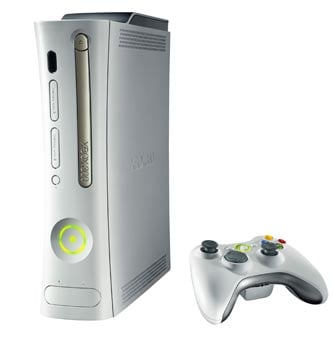 Anyway, Portal is such an amazing game. It’s like a first person shooter puzzle game. You have a gun that shoots portals. You shoot an entrance portal and and exit portal. So, when you walk through one portal, you come out the other. It’s a very fun game. But, the one that I’ve actually been playing a lot of is Team Fortress 2. Okay, lemme be honest here, I’m not a good player. I’m still learning. This is basically my first intro into first person shooter games. I guess the last FPS that I actually remember playing was Quake for the PC. I’ve been out of the video game loop for awhile, unless you count the Mario games on the GameCube or Wii. So, I’m totally intrigued by this game because it’s online, you play on a team, Red team against Blue Team. You can be any character from a soldier to a spy. But, I keep getting my ass handed to me. It’s pretty hard to practice on a game that has no single player mode. So, basically I’m trying to learn the maps, and all the weapons and such. I’ve had team members yell at me for not doing something or doing something wrong. It’s really not intentional, I’m trying, but as they say, I’m a noob!

Anyway, if you care to ever find me on xbox live, my gamer tag is celery1977