Well, the Halloween season has come and gone. I thought I’d show you a couple highlights from my Halloween. 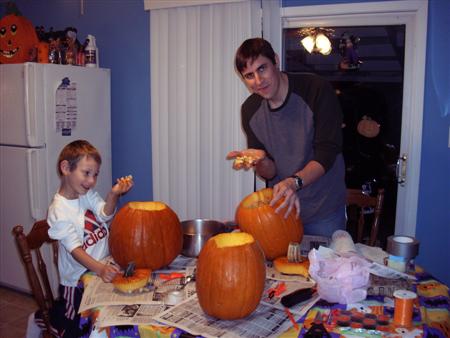 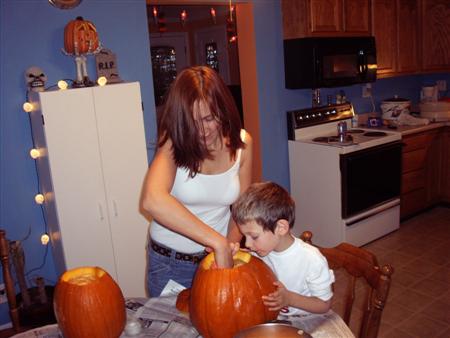 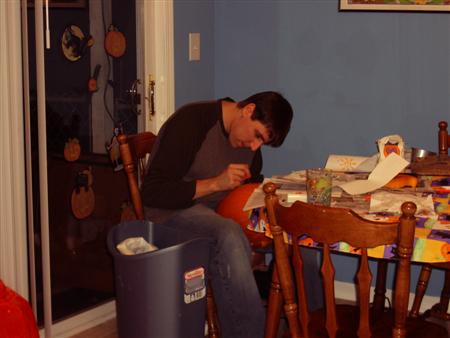 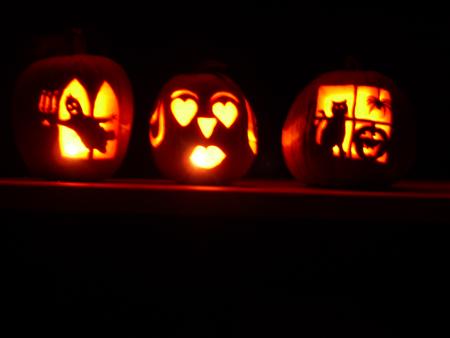 Of course all this hard work is now in a landfill somewhere. It’s a shame really. All that hard work for a few days of a lit up jack-o-lantern. 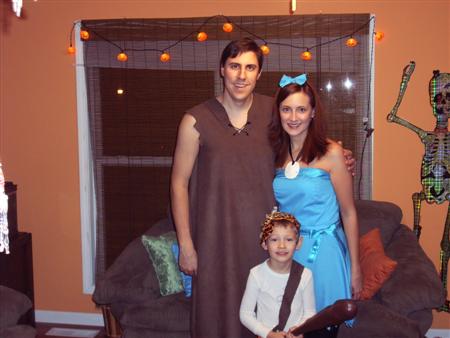 Here’s me, Angie & Owen as Barney, Betty & Bamm-Bamm. The costumes were homemade thanks to Angie & her mom. I think they turned out pretty good. Of course, I’m a little tall and skinny to be Barney. Also, it was about 45 degrees outside, I wasn’t going barefoot. Thats also the reason why Owen is wearing thermal underwear. 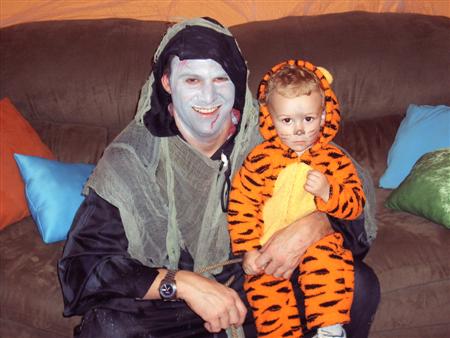 Here’s my brother, Jeff, and my Nephew, Logan. Jeff is a zombie, I’m actually surprised he dressed up for the party. He’s one that will decorate, build stuff, & put contraptions up for Halloween, but when it comes to dressing up, it’s usually “I’m not dressing up!”. I guess he’s changed. Logan has his serious look on. I guess since he’s a tiger, there’s no messing around, just business. 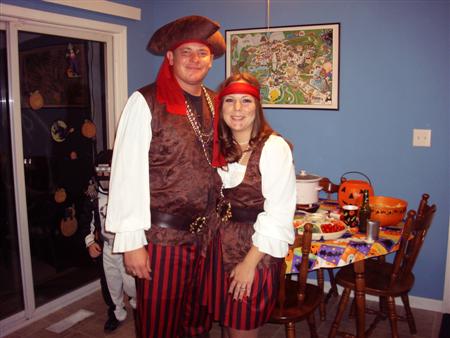 Arrrrrrrrr! Here’s Dan & Heather. They are both pirates, obviously. Actually, it may be a pirate & a wench. I’m not positive. 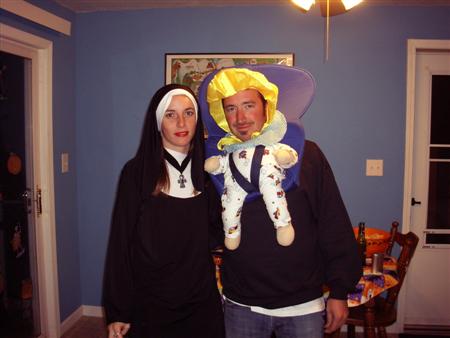 Here’s Mike & Twila. Twila was a nun. Mike was a baby. This costume cracked me up. Especially when you saw him eating, it looked like he was feeding a baby. 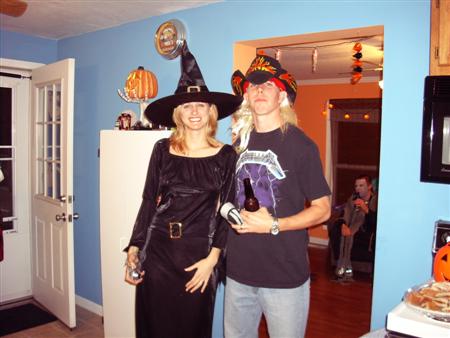 Here’s Rob & Kellee. Kellee is in your typical Witch costume. Rob is Brett Michaels from Poison. He said his Poison shirt & his snake skin boots were on order. So, we had to settle for a Metallica shirt & sneakers. 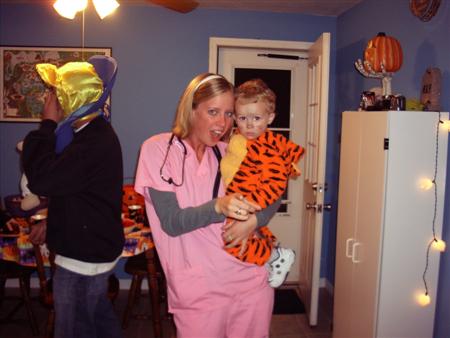 Julie was a nurse, or Doctor, I’m not sure which one. Here’s Logan again, too. 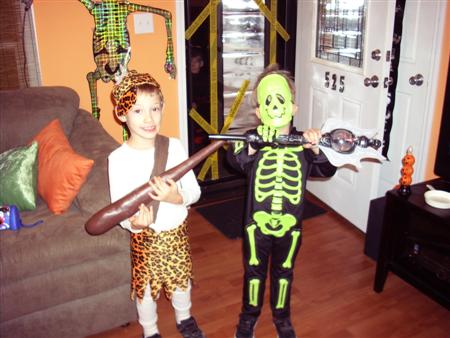 Here’s Owen with Eli. Eli was a Skeleton this year. 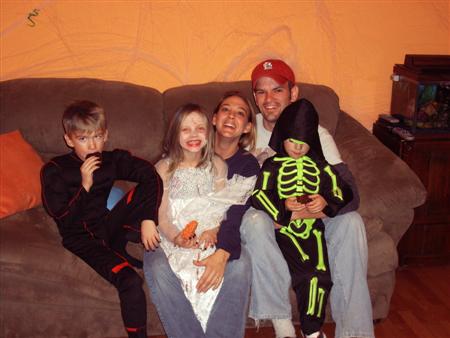 Josh & Lori were the bums of the party, they didn’t dress up. Everyone else did. Oh well. Caleb was a ninja. Lexi was a Dead Bride (possibly the Corpse Bride) & there’s Eli again in his skeleton costume. 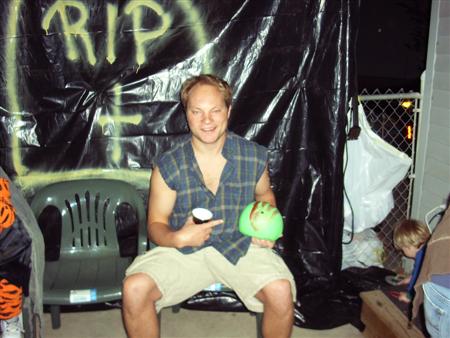 Matt showed up as Tom Hanks from Castaway, complete with his own version of “Wilson”. 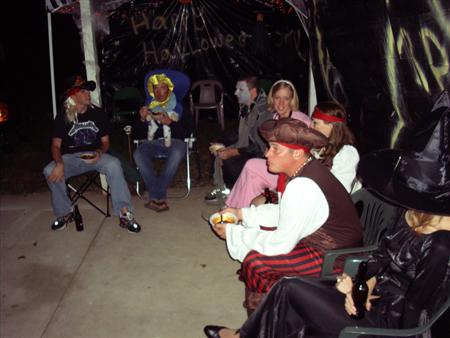 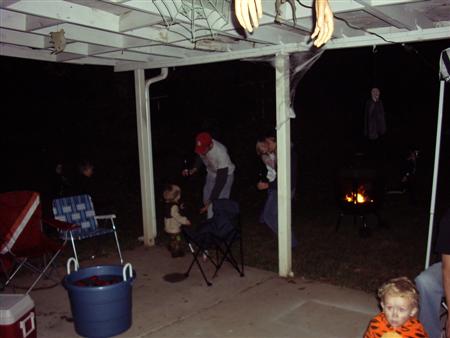 Here’s a couple shots of outside. I tried to close in the patio as much as a could with black plastic sheeting. I added black lights, pumpkin lights & animatronic hands. It looked pretty cool. The fire pit was nice too. Unfortunately, I don’t get the keep the fire pit. It’s on loan from Mom & Dad. 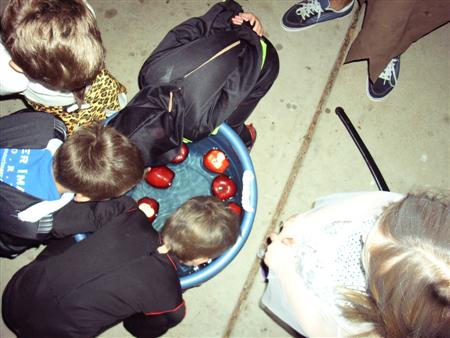 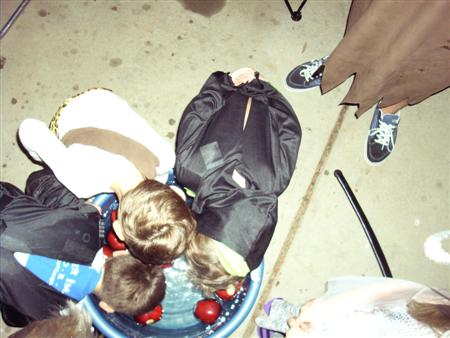 Okay, we’re never doing the apple bobbing again. The kids seemed to love it. But, most of their costumes were ruined. Plus, they were taking bites out of apples & putting them back in the water. So, after it was all done, the 20 or so apples we had, 2 were left without a bite taken out of them. 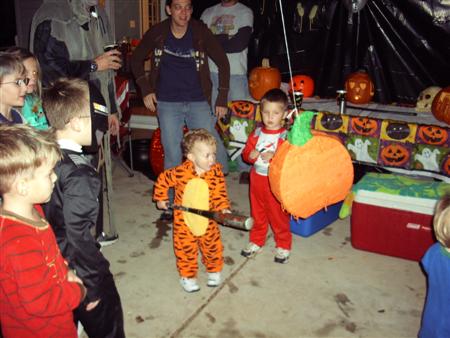 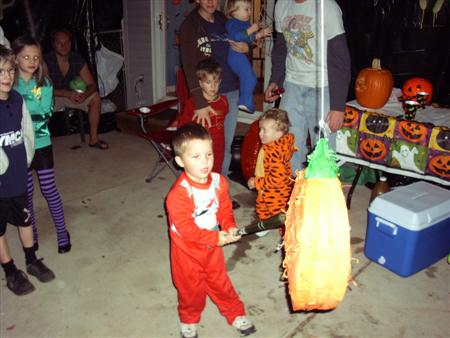 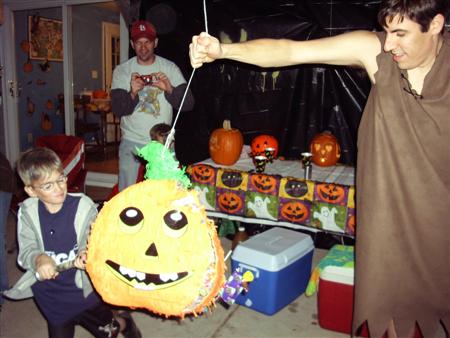 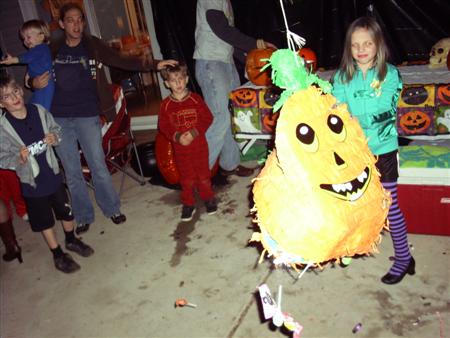 I got a pinata for the kids too. Each kid got a chance to wack the pumpkin to bits. Everyone got 2 turns before it was finally crushed by Lexi. 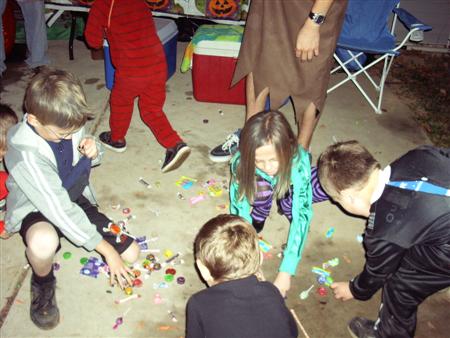 I’ve learned something from having my first “real” party at my house. When you have you’re own party, don’t even think about enjoying yourself, you won’t. I opened a beer, took one sip, and never saw it again. But, everyone had a great time, as far as I know. Maybe someone will pick up my tradition, and have the party next year at their house.