Back in the mid – late 80s, a new show came to tv. It was a kids game show where the kids would get messy with slime, food, & other gunk. I’m sure you’ve heard of it, it was called Double Dare. Well, I’m not going to be talking about DD today. I’m going to talk about the total Double Dare rip off game show, Fun House.

Fun House came out in 1988. As an 11 year old kid, I remember that it just seemed very low budget compared to Double Dare. Looking at the show now, it doesn’t look that much different. I guess it has a lot to do about the host, JD Roth. 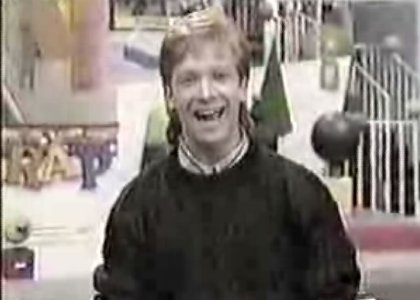 JD Roth was not your typical game show host. He always seemed like he didn’t fit in. Everything about him seemed fake, even his mullet. Apparently, he’s still hosting stuff. His latest “project” was the game show, “Unan1mous”. I think he must have been dropped off in front of Fox Studios when he was a baby, and they’ve raised him the best they could in a TV Studio. To me, he just seems like he’d be a better DJ on the radio than a host. 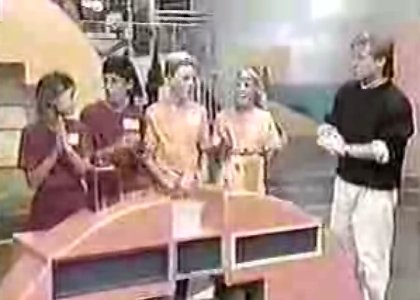 The game, just like double dare, is 2 boy / girl teams facing each other. They have to do stunts to get points. They can also answer common knowledge questions for points. It’s the most original show ever! 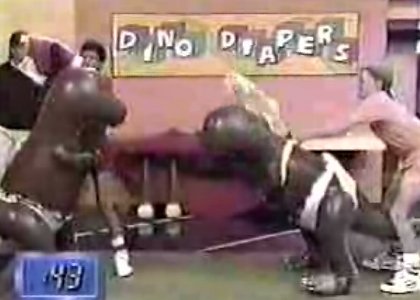 The first stunt is usually a solo stunt. The boys face each other. In this particular stunt, they have to dress a mud covered inflatable dinosaur with baby clothes. The first person to get a bonnet, bib & booties on the dino wins 25 points for the team. Of course, after the challenge they ask a question, which is also worth 25 points. You would think that the stunt would be worth more than a measly question. 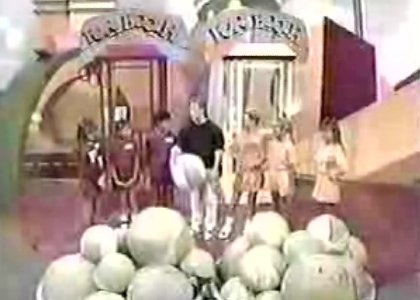 In round 2, they start off with a team stunt. Both teams have to go against each other. On this episode, the stunt was getting as many beach balls in the phone booth with your partner before time runs out. 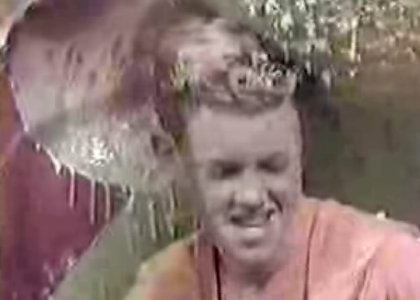 The catch was, the balls are covered in crap. So, the girls had to throw the messy balls to the boys in the booth. This is another 25 point game. After the stunt they ask another question, which is worth another 25 points. 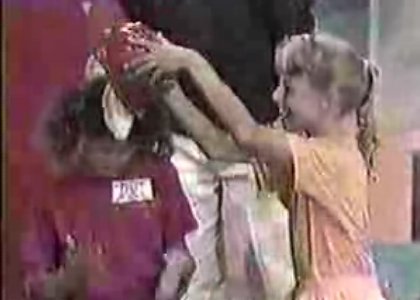 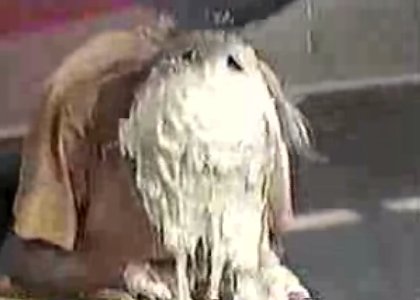 The first girl to get confetti on her head twice to get 2 medals, wins! But, you both get sloppy pudding on your head. Then, the boys answer another question. 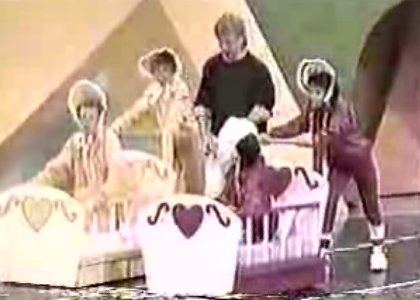 The finally round pretty much makes the rest of the game pointless. You have to race around a track in some goofy clothes. This episode had them in baby clothes. Along the way, they have to pick up coins for extra points. The coins are in 10 & 25 values. 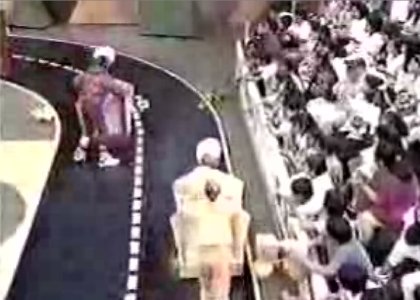 So, basically if you get enough coins, you win the game. 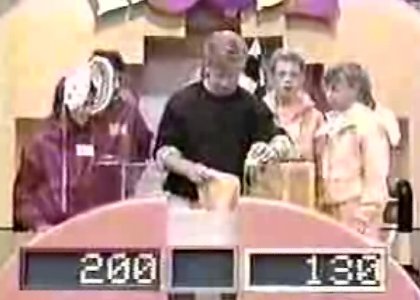 I remember really liking the whole coin part at the end of the race. JD would grab the coins from the kids, and he would insert them into a coin slot on the side of their scoreboard. I guess I had a vending machine fetish at the time. The suspense would kill me. Did they have enough 25 cent coins to win this thing!?!? 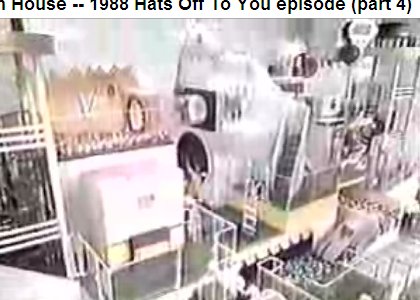 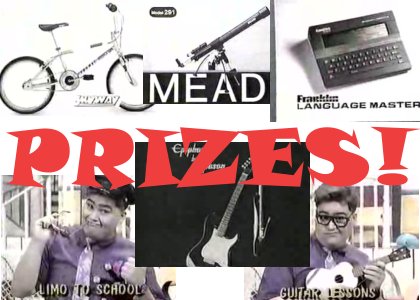 You would get fabulous prizes! Well, I guess fabulous if you’re in the 6th grade. Some of the prizes that you could win were: A limo ride to school for a week, guitar lessons, guitars, a bicycle, telescope, and a piece of crap language computer. I dunno, the prizes didn’t seem that great to me. But, a chance to run through the fun house, would be worth it. 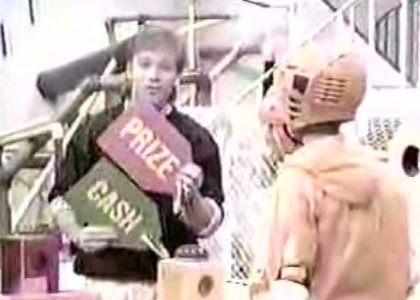 Wait, that’s not all, along with the prize tags throughout the funhouse to win those “wonderful” prizes I talked about earlier, you could win cash! There’s nothing better than cash when you’re a kid. That meant a great time at Toys R Us. 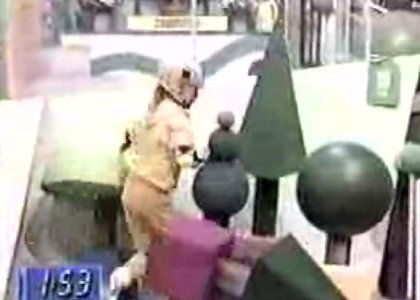 The Fun House itself was actually pretty cool. You got a full 2 minutes to go through, grab 3 tags, come back, and your teammate would grab 3 tags. You would switch back and forth until the 2 minutes was up. 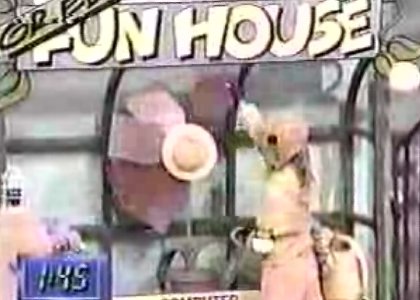 This was actually one part of Fun House that I liked better than double dare. The obstacle course on Double Dare only gave you 60 seconds. This show doubled your time, but crapified the prizes. The Fun House obstacle course wasn’t really messy at all. Double Dare really got you slipping and sliding in chocolate sundaes and gigantic teeth.

So, in closing, Fun House wasn’t a bad show. It just wasn’t as good as Double Dare. And JD Roth is not as good as Marc Summers. If you click here you can watch a few of the episodes on youtube.