Well, this weekend I finally saw the movie that I’ve been waiting for all summer, The Simpsons Movie! 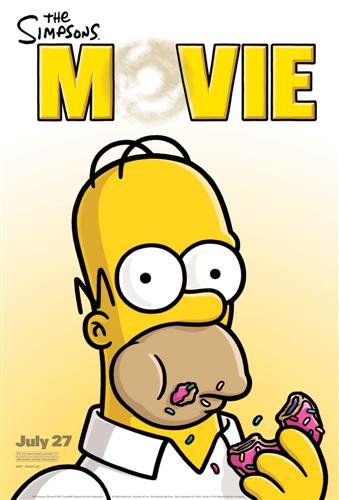 I’ve been a long-time fan of the Simpsons. In fact, I’ve been watching since the first episode, “Simpsons Roasting on an Open Fire”. Its amazing that I was 12 years old when I started watching it. I’m freaking 30 now, and the show is still on. Since the Simpsons has been on, shows like Seinfeld, Friends, & The Sopranos have come and gone. So, it just boggles my mind that it still remains fresh.

Anyway, I saw the movie and I loved it! It’s probably one of the funniest movies I’ve seen in a long time. If you’re a fan of the Simpsons, then you’ll love this movie. It’s like a long episode of the Simpsons, except with a couple “not made of tv” scenes. And the animation looks more detailed than the tv show. I don’t really know what else to say without giving away spoilers. So, I will say it’s got an A+ rating from me.

Spider pig… spider pig… does whatever a spider pig does,
can he swing from a web? … no he can’t… he’s a pig,
look out… here comes spider pig.

One thought on “Movie Review: The Simpsons Movie”