Welcome to a new article. The first & last one of February 2007. I thought instead of just getting back into a new article, I’d let a few of my friends talk about the February we’ve had. So, I’m turning things over to muscle, sub, & slobulous 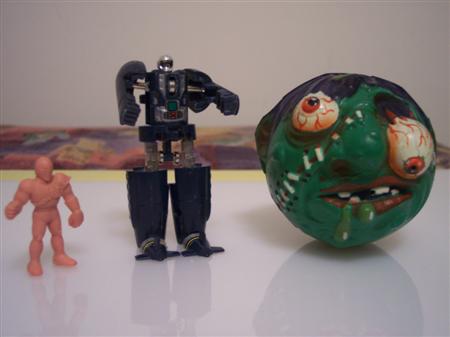 muscle: and thanks for pulling out of your closet.

sub: yeah, right behind the no-lace adidas & members only jackets.

sub: Yeah, but then Greg, realized he couldn’t find his camcorder. It disappeared, it’s still nowhere to be found.

muscle: But, despite the depression, the gang drove 200+ miles to pick up some “Natty Up” from Columbia, MO. Click on the logo above to hear the natty up slogan.

sub: The beer was okay, not as good as last years selection (Amber Ultra), but it was beer with caffeine, so it got you drunk & hyper at the same time. 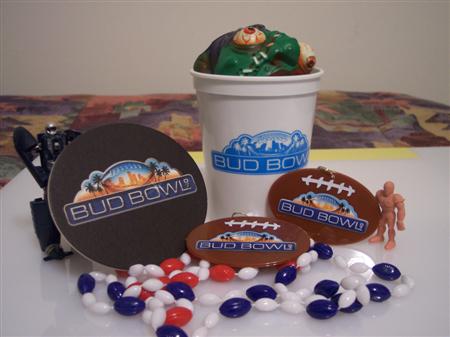 muscle: Well, the super bowl came, and Greg got tons of complimentary merch from Anheuser Busch.

slobulous: The game was okay, the commercials kind of sucked this year though. There were a couple good ones, but it was a pretty crappy selection this year.

sub: yeah, it’s not like the year of the farting horses and the Janet Jackson boob! Too bad, I didn’t have tivo then.

muscle: you live in a shoebox in the closet, you’re the k-mart version of a transformer, how the hell could you afford tivo? 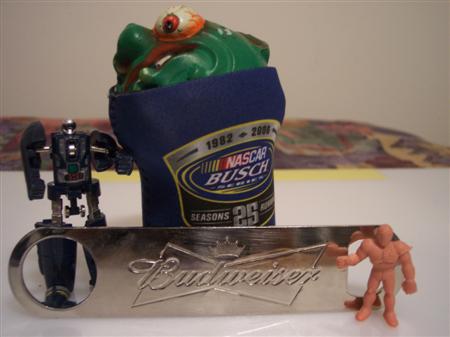 slobulous: man, you would think we’re getting paid by AB, but the following weekend, was Josh’s surprise party. So, early that day, Angie & Greg took a trip to the Bud Shop to pick up some beer stuff for Josh.

sub: Of course Greg had to pick up a couple items for himself.

muscle: yeah, this bottle opener is pretty sweet, but whats with this nascar coosie? 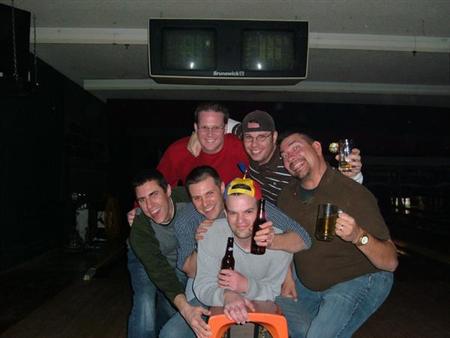 sub: Greg & Jeff took Josh out to dinner and talked him into going to the bowling alley.

muscle: at the bowling alley was the whole gang. 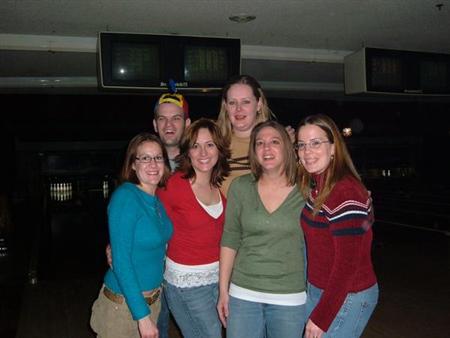 slobulous: Josh was really freaking surprised. He had already had about 5 beers already, so he was feeling pretty good. 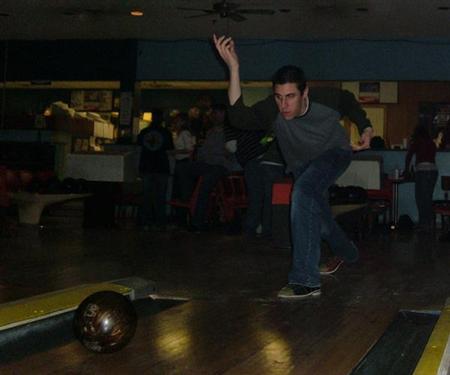 muscle: I couldn’t believe he lost to Jeff. Jeff was pretty sloppy drunk.

slobulous: Yeah, I remember after the bowling party, he started ‘stealing’ stuff at the elks club. 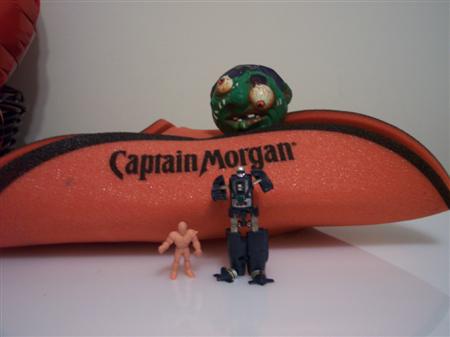 slobulous: yeah, don’t you remember the captain morgan hats that he found at the elks club?

sub: he took about 10 of them, and handed them out to everyone, I haven’t seen Jeff like that in years. I guess it was his first night out in a long time. 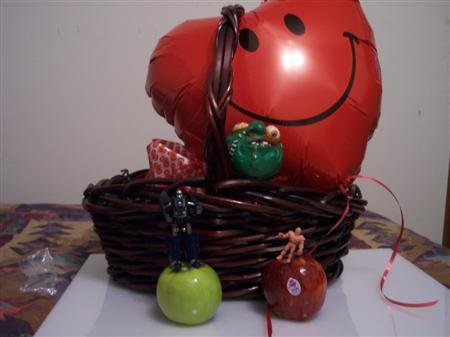 muscle: lets see, then what happened next…. oh yeah, Greg received a ‘Valentines Day’ basket from Angie. The card said ‘Happy Tuesday’ because guys don’t get anything for Valentines Day.

sub: that was really sweet, of course, all that’s left is these couple of apples. He actually received the wrong basket.

slobulous: yeah, Angie ordered a basket full of nuts, meats, cheeses & candy, but he got a fruit basket. He never got the basket he was supposed to get, so Angie got her money back.

sub: they ended up spending that money on booze at the bar!! 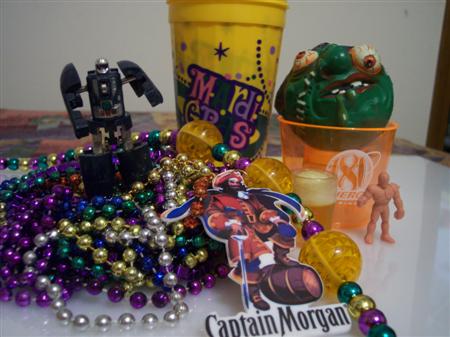 muscle: the following weekend was Mardi Gras. Greg, Josh & Jeff braved the freezing cold weather (12 degrees), and went down to Soulard to see the parade, and err.. scenery

sub: to save money, they packed their own beers in their pockets. 4 Nat Lights a piece, but that wasn’t enough. 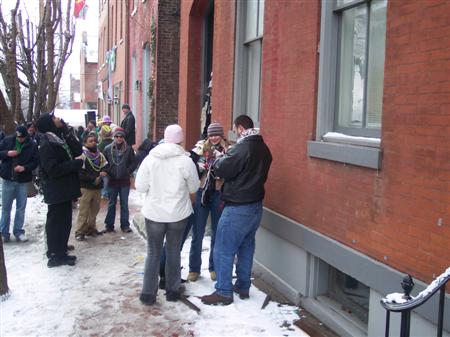 slobulous: here you can see all the snow on the street, and one of the chicks about the flash her boobs 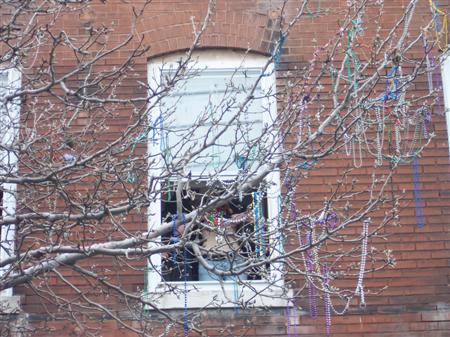 sub: I think if you look really close at this on the other side of the tree, there’s some boobs! Dammit!, where’s Greg, Josh, & Jeff’s good pictures? 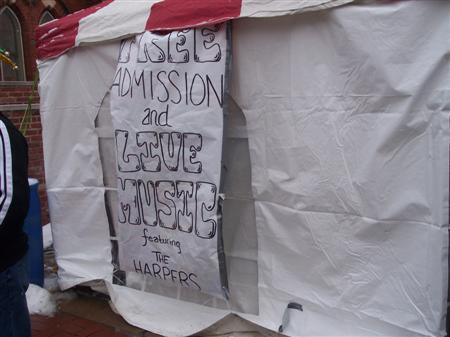 slobulous: the nice thing this year, they put up a bunch of heated tents. Some of them even had ‘free’ admission.

sub: the tents were bullshit! They were warm, but it was just a place for them to peddle their warez!

muscle: well, you gotta get beer somewhere, you might as well get it in a warm tent. 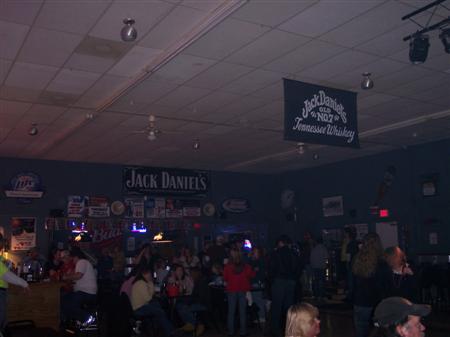 muscle: that night, the whole gang ended up at night at the races, then ‘tinas junction’

sub: isn’t that that dive bar in Desoto, MO? 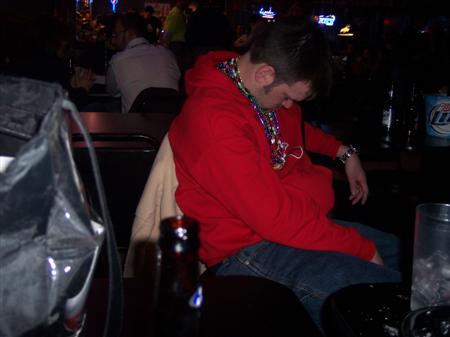 slobulous: especially for someone to pass out. 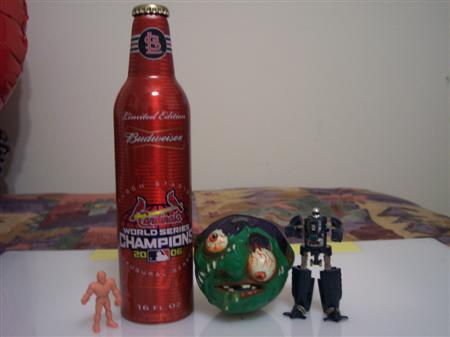 muscle: he found them on his lunch break. He looked funny showing back up at work with a 15 pack of budweiser.

slobulous: did he still have 15 left after getting back to work?