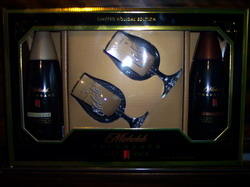 Hey there, it’s looking a lot like Christmas. So, today in my new article, I’m offering a few different beverages you can get to help you through all the stress of Christmas.

I’m back with another article to tickle your fancy. With the Holidays, we usually get caught up in all the hype of the stores with the best deals. Buying presents for everyone. And trying to make sure you didn’t forget anyone. 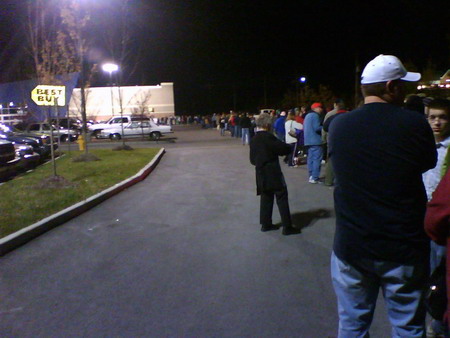 So, instead of stressing yourself out by waiting in long lines trying to get that perfect present (ie: Nintendo Wii, PS3, Elmo TMX), why not stay home and have your own ‘christmas cheer’ 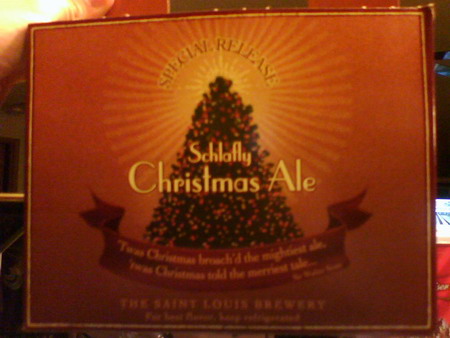 St. Louis’ own small micro brewery, has created a nice Christmas Ale for the season. It’s supposedly full of spices, I guess like cinnamon & nutmeg. It’s 5.9% alcohol, so how could we go wrong? 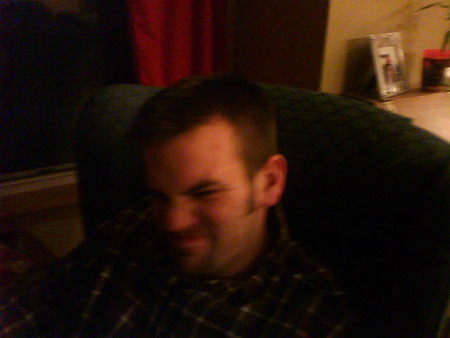 Well, it wasn’t exactly, the perfect brew. I bought a sixer of the stuff. And I thought it tasted like you were drinking some beer with pine needles in it. Josh didn’t like it so much either. You can see him above after his first sip. Well, even though, Josh originally didn’t like it. He loved it later, when he drank the other 5 bottles. Apparently, it has a taste that grows on you. 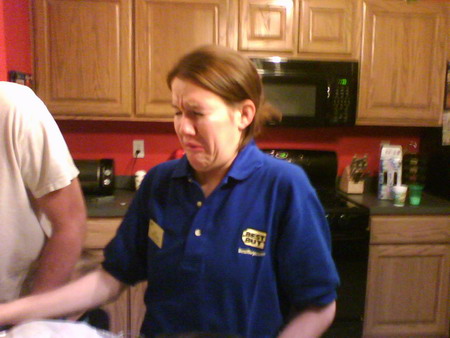 Kim, on the other hand, wanted nothing to do with the brew, and didn’t like it one bit. But, she’s pretty picky. She doesn’t even like Killians! 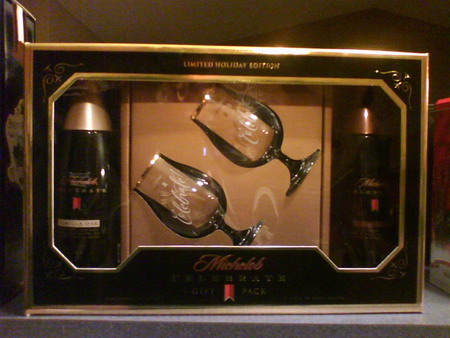 Well, Schlafly wasn’t the only St. Louis Brewery with the Christmas season in mind. Anheuser Busch put out a few offerings in time for the season. The first on the list is Michelob Celebrate. It comes in a nice pack with 2 glasses. There is a Chocolate & a Vanilla. They’re supposed to be more like a brandy, than beer. Anyway, both of them pretty much tasted like crap. We were all pretty much in agreement on that one. The only good thing, is if you can stand the taste, they have high amount of alcohol, 9%. So, that would help you through the Holidays. 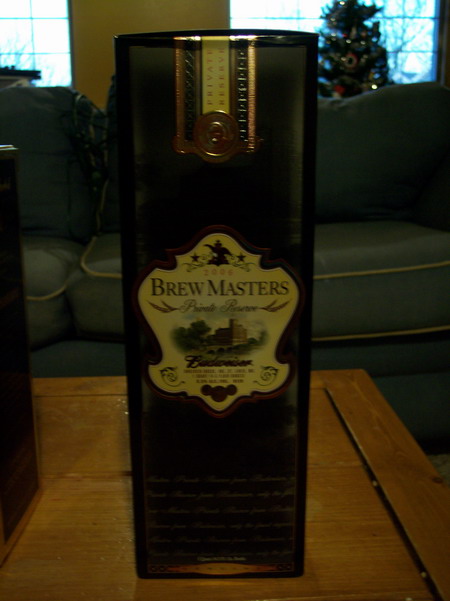 The next offering from AB, is Budweisers, Brewmaster’s Private Reserve. It didn’t taste as horrible as the Celebrate, but it wasn’t as good as regular Bud. It was more of a normal tasting beer. But, it came in a neat looking Wine Bottle. 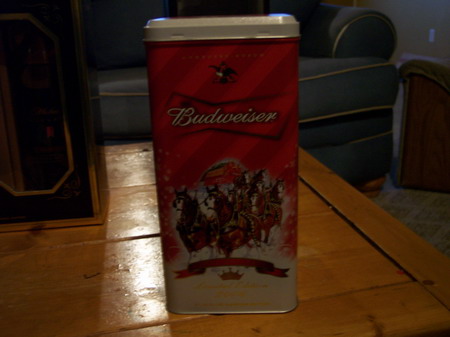 Lastly from AB, we have a nice Tin with 4 aluminum bottles of Budweiser (Because U Deserve What Every Individual Should Enjoy Regularly). This was a nice Christmas tin. Each Bottle had a different Christmas design, and it came with a couple coasters. And, it’s from a beer that is good. 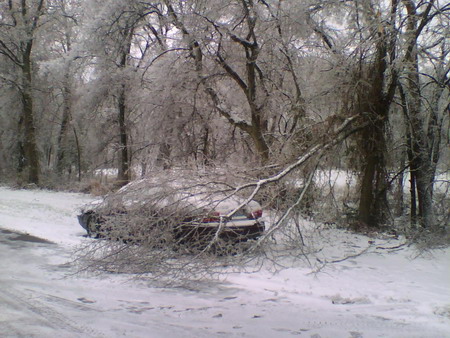 So, instead of plowing through the snow, only to have a tree fall on the roof of your car…. 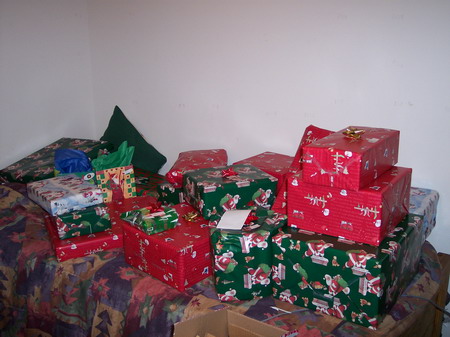 Finish wrapping your presents and… 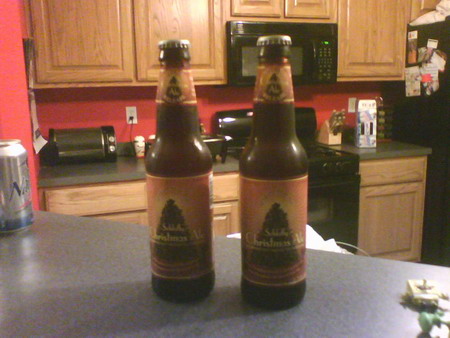 Pick up some of these Christmas Brews to get you through the Christmas Stress a lot easier.

4 thoughts on “Get over your Holiday Stress”