In my quest to come up with some scheme to make more money in my wallet, I came up with one. It’s maybe not as clever as the three stooges or fred & barney’s plans, but I was to make money off of the PS3 launch. 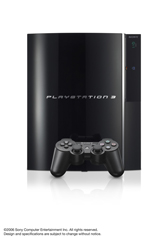 It’s destined to be the most popular Christmas gift this year. And people are willing to pay mega bucks to get one. On Thursday, the day before the ps3 was released, people were selling their pre-orders on ebay for an average of $2400 bucks. There were a few that were paying $4000+. This is a $600 machine, so you can see, why I was anxious to get one. 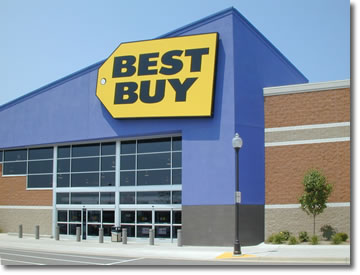 Unfortunately, I wasn’t able to pre-order one. So, my only option was to stand in line. Sony was supposed to release 400,000 on their launch date. Apparently, they were wrong. Walmart, the only place that was supposed to have a midnight launch around me, only had 4 units. Of course, people waiting for them were in line for 40 hours already. My only option was best buy. They were still getting 26 units, but they wouldn’t say if there was any more than that. My girlfriend stood in line for me when she got off work. She was #27 in line. I told her that it wasn’t worth it. I wasn’t going to camp out all night, and maybe not even get a system. 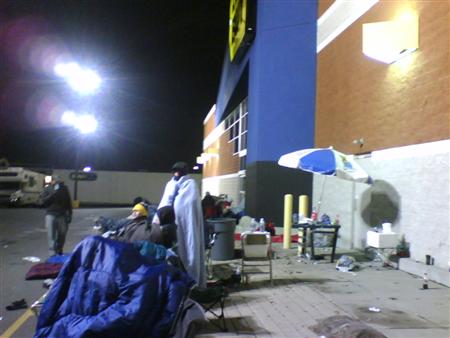 So, on Friday morning, I got up really early. Got to best buy around 5:30am. I ended up being 29th in line. So, I really didn’t lose but 2 spaces in line. It was so fucking cold. It was about 20 degrees outside, of course, I’m sure it was warmer, but it seemed that cold. Maybe it was 30 degrees. It was below freezing because there was frost. Anyway, it was finally 7am, and I would know if I was going to get one or not. The manager came out and told everyone if we didn’t stand still he would disperse the whole line. I don’t know what that meant. Would that mean, I could run up to the front if the line was broken up?

So, no one got out of hand, there was a cop there to keep people from any funny business. They started handing out tickets. And, they only had 26 ps3s. I was 3 people away from getting one. Luckily, I didn’t wait through the night though. I would have waited all night, and still not of gotten one. The manager offered us another deal. It was a pretty crappy deal. He said we could buy a XBox 360, and get a 50 dollar Best Buy gift card. Joy!, I’ve got a boner now! Yeah, that deal kinda sucked. 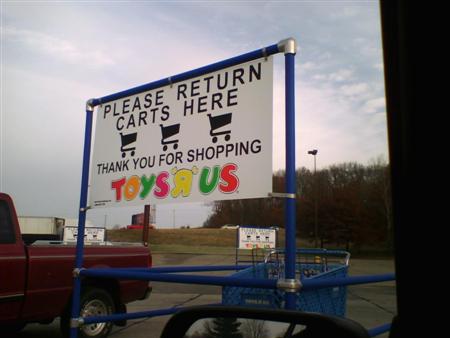 So, I headed down to Toys R Us, to see if anyone was waiting down there for one. There was no one there. So, me, and another ps3-less person from best buy waited in our cars for awhile. Finally, a couple of the early employees came out for a smoke. They told us the only systems they had were already called for. They had a pre-order 2 weeks ago, and thats all they had.

Yep, so that’s my story. I’m without a PS3, and no extra cash to spend. I just checked today for PS3’s on eBay. They prices have dramatically dropped. You can find a PS3 from 900 – 1200 bucks. People are still making a profit, but it’s not the huge profit like before. So, I’m not that disappointed, everyone must of had the same idea that I did. In fact, of the 30+ people in line at best buy, there was like 5 people actually keeping it to play.

Stay tuned for Part 2 of Console Weekend, where I try to get my hands on the Nintendo Wii!