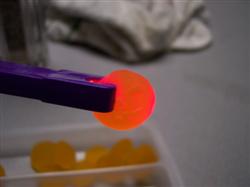 Halloween starts a little early this year. I stopped by “Shop n’ Save” and found some Lightning Pumpkins Gummy Candy. Check out my latest article, about a Halloween themed light up gummy candy.

Well, it’s the day after Labor Day. And you know what that means. The stores will start to stock everything halloween related imaginable. I love Halloween, it’s my favorite holiday. Sometimes, when grocery shopping, something catches my eye that’d I’ve got to buy, just to get into the spirit of the holiday. 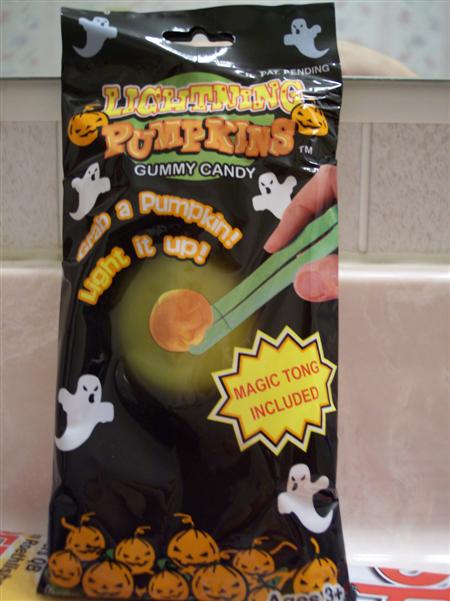 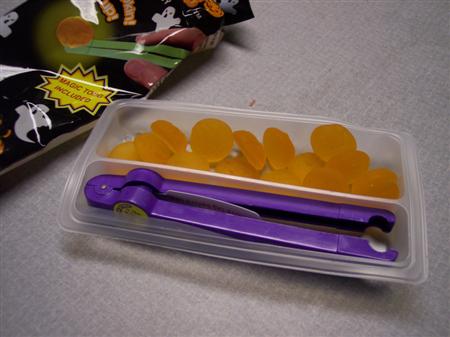 I opened up the package and discovered about 20 little gummy pumpkins & a pair of ‘magic’ tongs. Actually on the package it says, “Magic Tong included”. I always thought it was “tongs”. I thought it was one of those words like “pants” that you never see without the “s”. I never wore a pair of pant, because that would just be weird. 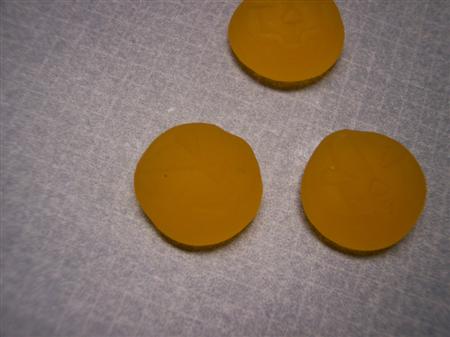 There’s a close up of the candy. This is actually the only candy that I can recall that has an age limit on the package too. It’s Ages 3 & up. Luckily, I just made it. The gummy’s are very soft & squishy. 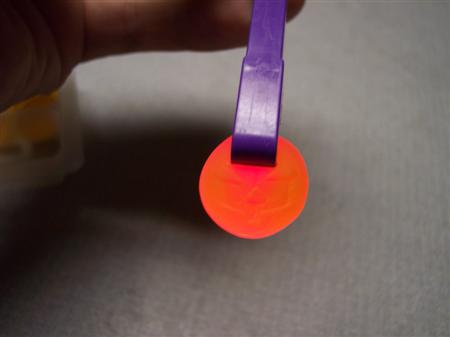 When you pick up the gummies with your ‘magic tong’ they light up. They glow an eerie redish orange color. 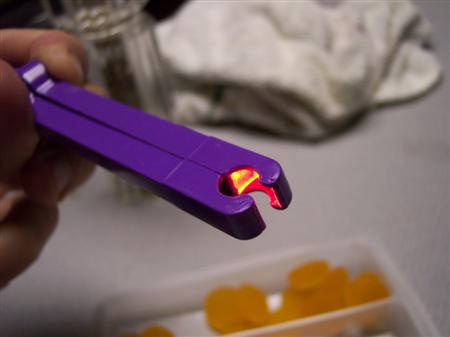 SPOILER ALERT!!!!
Actually, there is no magic involved in these tongs. Only a small red LED light at the top of the tongs. When you squeeze them together, they light up whatever you have gripped with them. 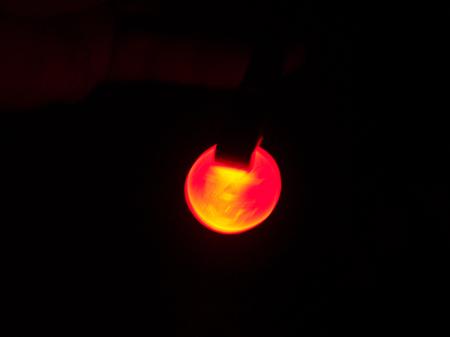 Although, it’s a pretty cool effect, the tongs are cheaply made. You have to squeeze the tongs as hard as you can for the light to come on. And you’re basically deforming the gummy pumpkin when you do that. 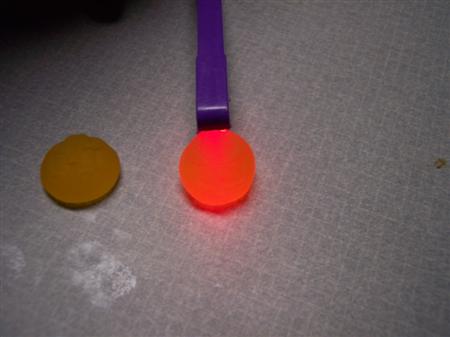 Here’s an unlit & lit up one look like next to each other. The gummys are very good. They were very soft & fresh, and I would say they’re some of the best orange gummies I’ve had. But, what do you do with the magic tongs after you eat all your pumpkins? 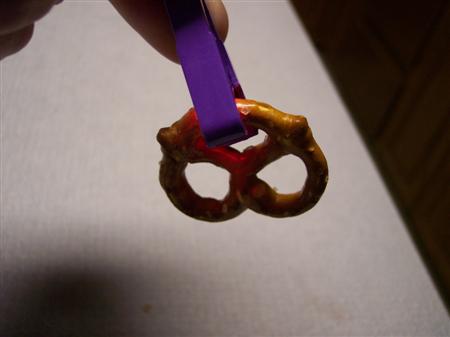 Pretzels just don’t light up that good. It’s more of a red stripe down the middle. 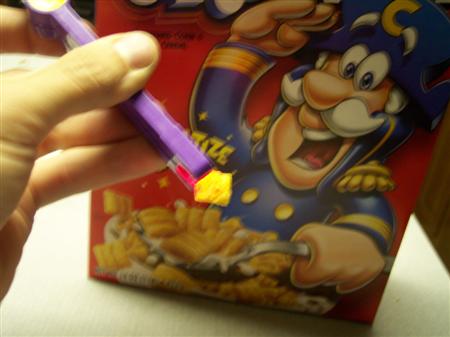 I also tried Cap’n Crunch with similar results. So, in concluding, the candy is good, but there’s really nothing to do with your tongs after you’re finished eating the pumpkins. So, my suggestion is to buy a laser pointer & a bag of gummy bears, and have fun!