Today, we are looking back at the infamous ABC Nutrition shorts. You see, back in the early 70’s, ABC decided to put some short animated public service announcements between their Saturday Morning Cartoons. They were usually only a minute long. They told us how to live a healthy life. I was born in 1977, but these Nutriton PSAs kept running up until about the late 80s. In this article, we take a look at some of those shorts. 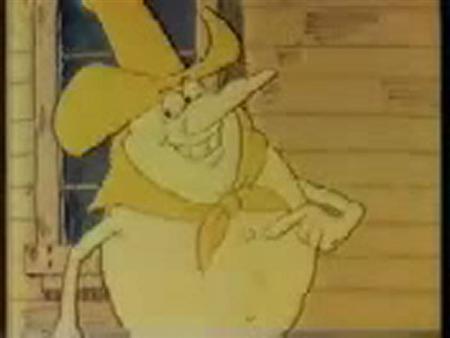 One of the first characters with a re-occuring role in these PSAs was Timer. Timer was a short yellow dude, which was about the size of a mouse. He usually would be on your kitchen counter, or in the fridge telling you how to eat. He would start most of his PSA shorts by saying “Time for Timer”. Timer made his start in an ABC After School Special titled “The Incredible, Indelible, Magical, Physical Mystery Trip”. Although, he was voiced by a different actor. I’ve never seen the after school special myself, but I’m desperately looking for a copy.

I Hanker for a Hunk of Cheese

In this first short with Timer, you’ll see that he was the inspiration for “Brokeback Mountain”. I mean, look at him, he’s sporting a ‘cowboy’ accent, plus listen to him say “bang, bang, bang”. It’s not very manly. Okay, anyway, besides that. In this short, you’ll see Timer get hungry after school. So, he suggests that you should make some cheese & cracker snacks, which he calls ‘Wagon Wheels’. Click on the pic above to see the video. 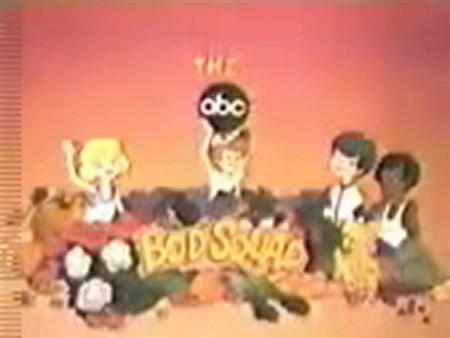 In later versions of the ABC Nutrition PSA’s, they gave them a name. They were called the ABC Bod Squad. It meant absolutely nothing. I guess just some exec over at ABC needed organization. So, they added the ABC Bod Squad logo to the end of the shorts that didn’t include “Timer”.

In this short, we see what happens if you don’t brush your teeth. This blob sings about that he never brushes his teeth, and it leads to bad cavities. But, he doesn’t mention that if you don’t brush, you will also turn into a green blob. I don’t really understand this, is this ‘yuck mouth’ supposed to represent a person or a mouth. And if it represents a mouth, why does it have it’s own mouth. Anyway, click above, and see it yourself.

Here’s an older one, before the Bod Squad logo. It’s about Beans & Rice. It tells us how healthy it is to eat beans, because it’s full of protien. Also, that rice is great, because it’s full of ‘energy’. Then if you eat beans & rice together, it’s like the best thing you could ever eat. This was before all the carb counting that goes on today. They don’t mention carbs in rice, they just mention energy. Anyway, I’ve never eaten beans & rice together. Or maybe I have, I don’t know. But couldn’t you say the same think about peanut butter & bread. I guess it’s doesn’t rhyme as well as beans & rice. Click above to check out the video.

No, I didn’t mispell the word Saturday. If you click on the above pic, you’ll see a video of the Saturdae. The Saturdae, is the poor man’s Sundae. Apparently, they’re trying to pass it off as a Sundae, but every sundae I’ve ever eaten has included ice cream. This thing is a pinapple ring with a banana in the ring. Then you add yogurt around the banana, and top it off with a grape. I don’t get that, I mean, a cherry is a fruit, isn’t that healthy? Apparently it’s not as healthy as a grape.

Here’s another one that shows you how to make a healthy snack. By mixing nuts & rasins together, it’s amazing on how many friends that’ll want to share with you. They never mention in these snack making ads, that you shouldn’t eat a ton of this crap. No matter how healthy it is, if you eat a ton, you’re still going to end up a lard ass. But, according to the message after eating this stuff, you’ll turn into a pro-football athlete in no time. Click on the nuts above to view the video. Oh, listen to the last 3 seconds for ABC to subliminally get kids to ‘Join the Bod Squad’.

In this PSA, we meet Louis the lifeguard. He protects food from drowning. The message in this is to not cover your food with ketchup, gravy, etc. Apparently Louis doesn’t know how good potatoes are covered in sour cream. I guess he’ll never know, because he needs everything to be plain. Click above to check out his message.

Sunshine on a Stick

Here’s another PSA with Timer. This time he shows us how to make one of my favorite treats to make as a kid. By just filling an ice cube tray with fruit juice & poking some toothpicks in it, you can make your own little popsicles. Of course, when I was younger, I didn’t do the healthy approach by using orange juice. I usually used Coke or Dr. Pepper. The were so much better, but they didn’t look much like sunshine on a stick, like orange juice does. Click above to watch Timer’s video.

This is one of my favorite PSAs of all time. I love the Chopper character. He acts so cool, plus he sports a leather jacket, so that tells us he’s cool. Since I was about 5 years old, this song has been burned into my brain. I’ve never been able to forget this song. I never really understood the message though. He basically says to excercise your choppers by eating a lot. Especially on ‘good hard food’. If you exercise your choppers, won’t you end up fat? Also, why stop at the ‘crunchy hard food’? Why not eat some bark off a tree, or chew on some rocks? Wouldn’t that make your choppers really strong. I guess you’re only cool if you chip a tooth. Click above to check out Chopper’s video.

Well, that’s it for chapter one of the PSAs. Sometime in the future, I will give you another set of the ABC PSAs. But, until next time, brush your teeth & eat healthy!