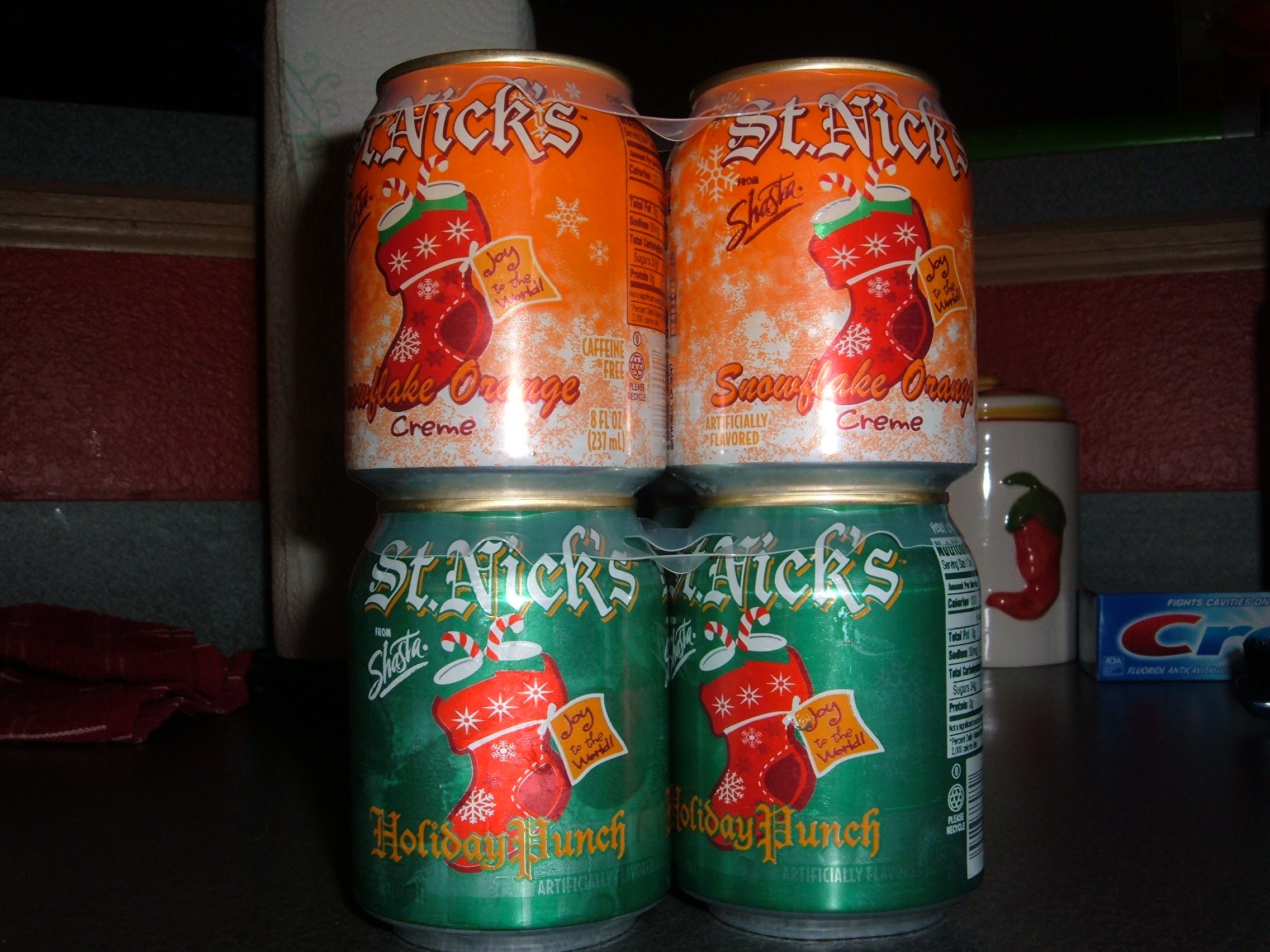 One of the most common occurance on this website nowadays is a review of a new beverage. Not the normal beverage though. I mean, if a new cola comes out on the market who really cares? But, if it’s a brand new limited edition special holiday season soda. Then of course I got to review it.

If you check out your Soda aisle around this time of year you’ll see Santa slapped on a coke can, as usual. But this year, Shasta, decided to create their own new drinks full of Holiday cheer. In fact, Shasta decided to put these couple sodas under a different brand. They’re called “St. Nick’s” And they come in 2 different flavors that won’t make you lose your lunch like the Holiday Pack Sodas from Jones Soda. They come in tiny little 8 ounce cans. I guess that makes it easier to throw this in a stocking. My friend Josh picked these up at Wal-Mart, so I’m sure they’re available everywhere. 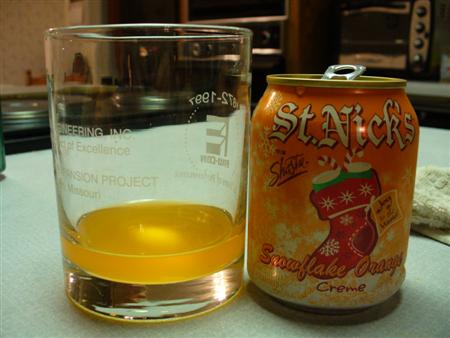 The first Soda is called Snowflake Orange Creme. It looked exactly like a normal Orange Soda. I thought it tasted exactly like a dreamsicle. I couldn’t believe that something I was taste testing for my website actually had a good flavor to it. If I drank soda, I would definitely pick up some of these. 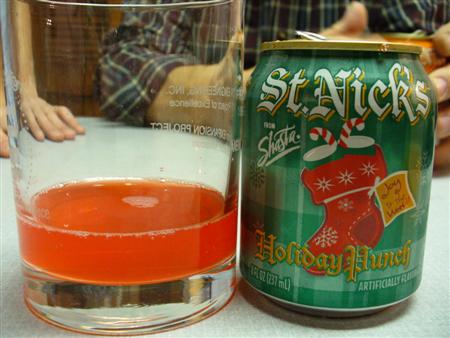 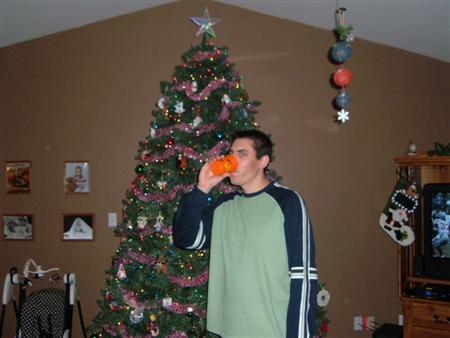 If I wasn’t drinking this in front of the tree, you wouldn’t know these were Christmas flavors. These are both very good flavors, but they kind of lack originality. Punch & Orange soda don’t really remind me of Christmas. Perhaps they should make Candy Cane soda or Gingerbread Man Soda. Anyway, both of these sodas would be great to add to your favorite alcohol mixes.

Here’s some of the other people in the house when we cracked open the sodas, and their thoughts: 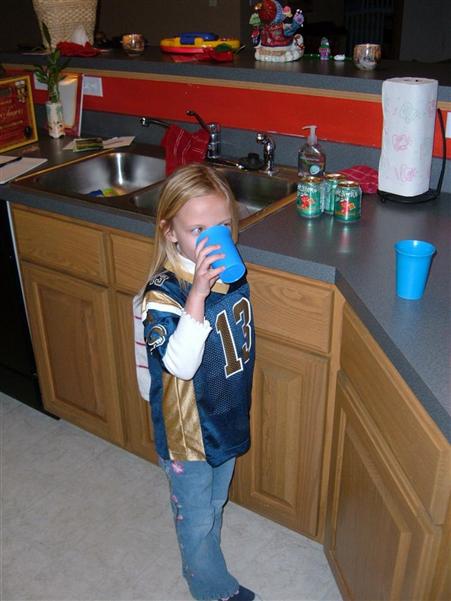 Snowflake Orange Creme – “Yummy!!!”
Holiday Punch – “very good, not as good as the orange though”
– Lexi 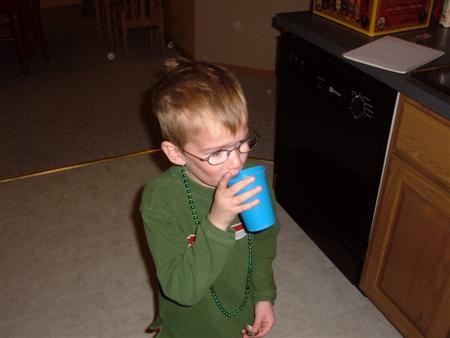 I asked Caleb what he thought, and he didn’t really have an answer for me. Then I asked him if he liked them, he finally gave me the following short responses… 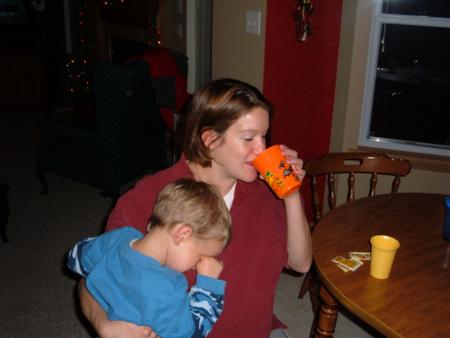 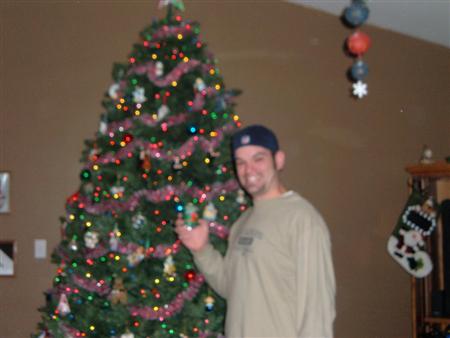 For some reason Josh’s picture turned out fuzzy. Maybe he has some mind control on the camera. 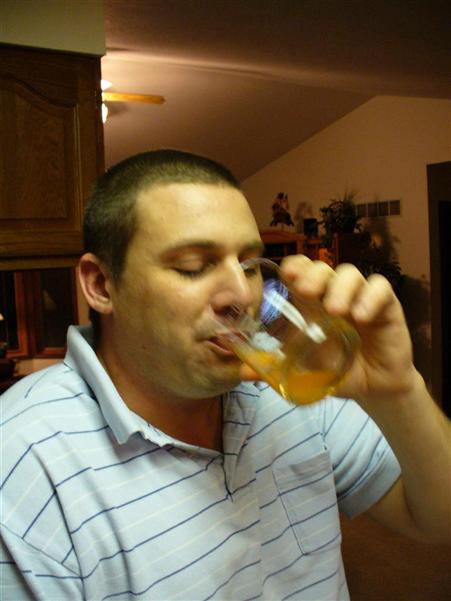 Of course I had to see what my parents thought too, since I was going over there anway: 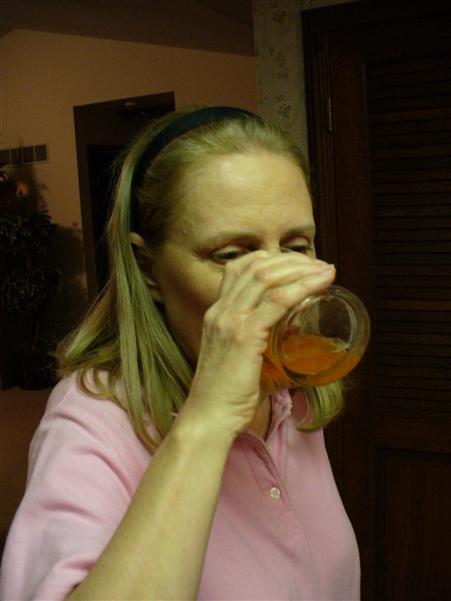 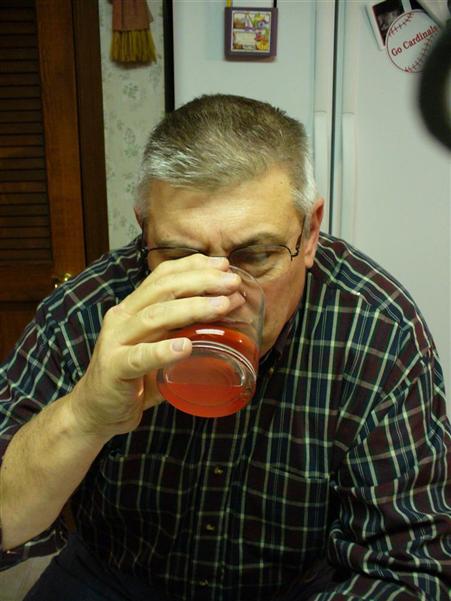 Welp, that concludes another round of soda reviews. So it seems for the most part the verdict for these soda’s is positive. So, look for them in your favorite store. It doesn’t say limited time on the can, but I’m sure these sodas are only around for the season.